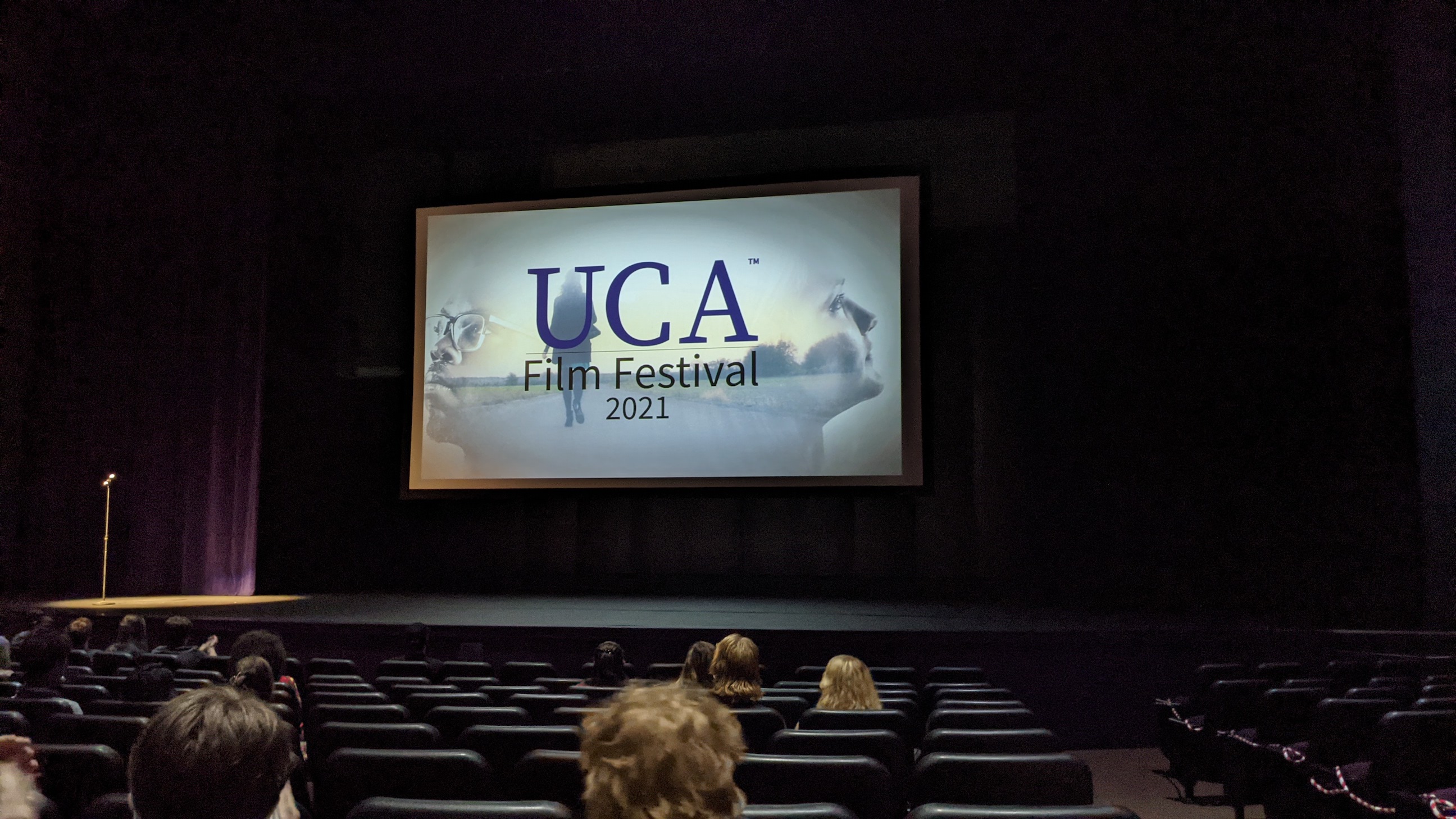 2021 UCA Film Festival: A Return to the Norm

Last Friday on April 30th, the University of Central Arkansas celebrated their 17th Annual Film Festival. It was the college’s first in-person festival since the Spring of 2019. Last fall, the 16th annual festival was held virtually, so this year became a nice reprieve for a year so far defined by recovery.

Before the festival started, a crowd had formed outside, chatting in various attire ranging from dresses and skirts to workout attire. Leading up to the event, it seems no one knew what the expectations for this event were. I had two friends of mine text me asking what to where and I had no idea either. For most students, it was their first time seeing each other in person since UCA has upheld their online/in-person hybrid form of classes last Spring.

Inside, attendees were directed to socially distanced rows in the Reynolds Auditorium on UCA’s campus. Film Program Coordinator Bruce Hutchinson introduced the festival, starting the festival by dishearteningly announcing that they had to let go of about 50 odd shorts in favor of a strong 15. “This was the hardest year of selection so far,” he said.

Several faculty members are on the screening committee. While most are teaching production courses, the other professors approach these films with no context. Assistant Professor Dr. Keith Corson said, “[Production Course professors] have their students that they're championing because they know their work and I'm looking at everything fresh. It's kind of a pure judgement as opposed to knowing all the stories behind how it was produced.”

Once the screenings started, it became apparent the theme for this school year’s short films was one of reflection. With the festival itself running a record-breaking 2.5 hours, every short seemed to increase in quality and storytelling as the festival ran on. As Corson said afterwards, it was clear this pandemic allowed for student filmmakers to reflect on their past and carry forth with meaningful scripts.

Ending on the intense “Masacre”, which is the best FP4 (final Film Production course) I've seen come out of the program, awards were then announced. Award recipients had to stand upon announcement, rather than them coming up to the stage to accept the physical award in years’ past. They also had the audience scan a monstrously sized QR code on the projector to fill out a Google Form for the Audience Award.

Out of the films screened, the grand winners from the night were Samir Arellano's "Masacre" and Claire Barnett's "moth", which went home with two and three awards respectively. “moth” won a Technical Achievement Award for the production’s entire Art Department, Best Narrative, and Audience Choice. This wasn’t Barnett’s first success at the UCA film festival, where she had won last fall for Best Narrative and Best Director, and Best Music Video/Experimental and Best Editing her first year at UCA.

After the final gallery of awards, the crowd was ushered out of the building and lobby into the auditorium front where crowds chatted about the films and friends congratulated each other for the next handful of hours (before eventually retreating to the bars or homes). Whether or not a short film won an award, filmmakers could finally witness in-person the impact their films had on an audience after such a lonely and poignant year.
‍

Get Your Sh*t Together (official video) - Jake Partain #

* denotes a film not screened, but still awarded.

Performance: Will Reed, “Parable of Warfare”

Music/Experimental: Jake Partain, “Get Your Shit Together”