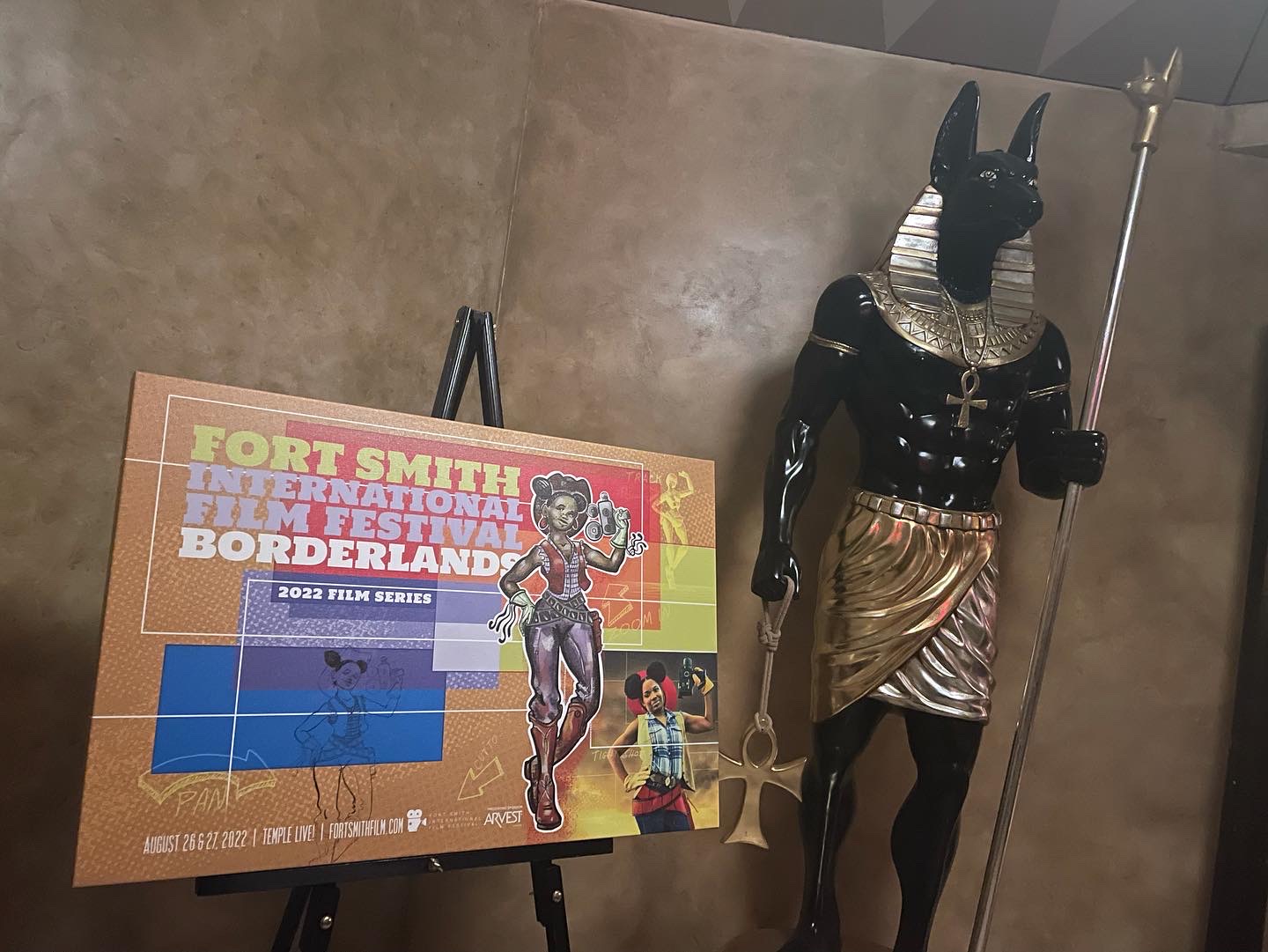 “Our goal was 500 and almost 600 people attended the festival enjoying 137 movies,” explains Goldsmith. “Filmmakers and fans came in from Kansas, Mississippi, and Texas amongst other states. The River Valley and beyond are embracing our eclectic mix of local, regional, and international films. We brought the world to Fort Smith and showcased our talents across the globe.”

If you missed the festival or would like to catch some of our award-winning films, then get yourself a $10 virtual ticket for an online replaying of the festival this Saturday, September 3. Go to FortSmithFilm.com to get the virtual ticket.

“It was a joy seeing old friends and meeting new ones!  This was one of the best festival experiences I have ever had,” Jason Pitts, director of Masquerade. The aim of the second year was to increase both the moviegoer and filmmaker experience.

Dathan Smith, L.I.F.E director applauds, “Bravo to Fort Smith International Film Festival! What an Amazing venue and Incredible festival. The generosity to the filmmakers has been astounding. Will definitely be submitting LIFE Anthologies every year!”

The festival provided rooms to several traveling filmmakers and hosted a Hospitality Lounge with an assortment of refreshments and beverages. “Back home after an excellent weekend of films, friends & fun. The Ft. Smith Film Festival was great! The venue was all-inclusive...didn't have to travel to see certain films. Well-coordinated too. Staff was friendly & so helpful!“ exclaims actress Debbie Tucker,  Helen in Warren’s Gold.

Arklahoma Grown radio DJ, Jesica Beaty, hosted the Midnight Awards Ceremony where the festival’s overall winner was the heartwarming story of Guthlee Ladoo from India. Directed by Ishrat Khan, Guthlee is a small boy who lives in a small village with his parents. But his dreams are big, and he wants to go to school. His father Mangru cleans drains and sewers along with his friends but backs his son's dreams of a better life through education. They belong to the Chuhra caste, and the children of this caste are not allowed to get into schools because parents of upper-caste children do not want them to study with their kids. Though the principal, Harishankar Bajpeyee, a bachelor who lives with his bedridden mother and from the upper caste is open to the idea, he is afraid of the repercussions this will have on the owner of the private school and the parents. The film charts the journey of Guthlee and the evolution of Harishankar Bajpeyee towards finally opening the gates of the school and education for Guthlee.

A Highlight of the Midnight Awards Ceremony was the Champ Williams Award for Best Documentary Feature, which honors the late Emmy Award winning cinematographer & producer. Director Mark William describes receiving the trophy “Honored to announce "Journey of Tiak “Hikiya Ohoyo" WON 2 AWARDS at the Fort Smith International Film Festival ! BEST FEATURE DOCUMENTARY and BEST ALUM FILM (given to the filmmakers with a film in last year's festival). To walk away with this on an International Film Stage is huge and a nod to the Choctaw ladies of Standing Pine and team that their stories are not only relevant but embraced. Yakoke for letting me tell it. Hopefully this is the first of many more festivals embracing our ancient medicine game and stories. Thanks to everyone at the film festival for supporting Indigenous cinema.”

Other notable winners include Double Trouble, which won Best Regional and Local Film and were awarded studio time at 5 Star Productions. A Chat with Tony C, Best Local High School Film, came with a $2000 Scholarship from the University of Arkansas – Fort Smith.  Best Local College Film, Fort Smith: Developing Creative Economies, will receive a monetary prize sponsored by Clay and Susan Pruitt. Lastly, presenting sponsor Arvest Bank, provided cash awards to our Overall High School film winners, Ruby, Harmony with Upstairs, and Seesaw. Our community partners have helped us take the festival to the next level.