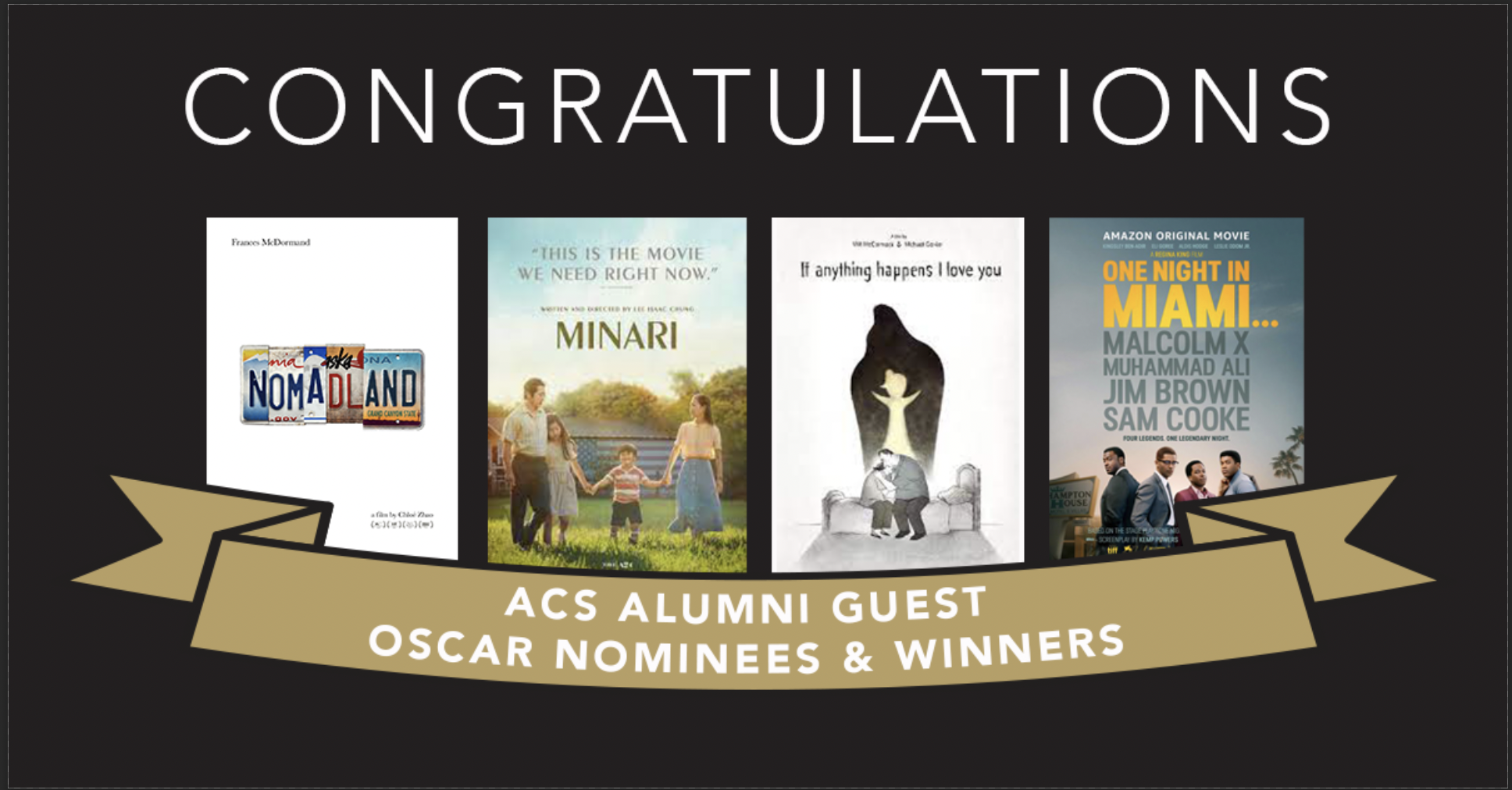 At ACS, part of our mission is to bring high quality, cutting edge films you might not be able to see otherwise. With Filmland, we aim to curate films hot out of the big festivals like Sundance, Toronto and Venice.  Last year, the pandemic took its toll on the film industry, but we were lucky enough to bring some sleeper hits to Arkansas while they were still in the sleeper stage.

“We were honored to screen so many award-winning films over the last year,” said Kathryn Tucker, executive director at ACS. “All of these films were remarkable stories told from unique perspectives by diverse filmmakers. We can’t wait to bring more critically acclaimed films to Arkansas this fall.”

At Filmland 2020, we featured Nomadland and One Night in Miami, both films helmed by female directors who made their marks with critics, audiences and festival judges. In early 2021, we hosted the Arkansas premiere of Lee Isaac Chung’s semi-autobiographical Minari during a magical, snow-covered evening at the 112 Drive-in in Fayetteville. A few weeks later, we screened the animated short “If Anything Happens, I Love You,” which was executive produced by ACS board member Jayme Lemons. We were very excited to be able to give our Arkansas audience exclusive and advance access to the very best of this year’s films.
‍

Nomadland was hands down the undisputed champ of awards season. Chloé Zhao’s film garnered a massive 153 nominations with 103 wins. Nomadland took home Oscars for Best Picture, Best Director and Best Actress (Frances McDormand), and was nominated in three other categories. Zhao was the second female director to win for this category at the Academy Awards. She also won for directing at the Director’s Guild of America Awards and several other festivals and shows.

At Filmland 2020, she talked with our co-founder director Jeff Nichols about her directing process, often working with non-actors. “I’ve found that if you tell people you’re playing a version of yourself or a character inspired by you, it does allow people to let go of their [inhibitions],” said Zhao. “It’s like why community theatre is so important. Some kids may not be able to express themselves at home about what just happened to them...when they’re doing a play or embodying another character, it’s healing in that way and I think that does help.”

ONE NIGHT IN MIAMI

The film premiered at the Venice Film Festival only weeks before playing at Filmland 2020. Powers adapted his play for the screen. ACS members can watch Nichols’ Q+A with the writer, who co-directed and co-wrote Soul, which won Best Animated Feature at this year’s Academy Awards.

Minari had 117 total nominations across festivals and awards shows with 42 awards out of the group. Some of these honors included many accolades such as Youn Yuh-jung for Best Supporting Actress at the Academy Awards and BAFTAs; Alan Kim for Best Young Actor at the Critics’ Choice Awards; Best Ensemble by the Boston Society of Film Critics; Best Screenplay at the Toronto Film Critics Association Awards; Best Director at the Austin Film Critics Association; and the US Dramatic Competition Award at Sundance Film Festival.

“IF ANYTHING HAPPENS I LOVE YOU”

We held a virtual screening of “If Anything Happens I Love You” this spring. Written and directed by Will McCormack and Michael Govier, the film is an emotional tale about the tragedy of gun violence in America. It was executive produced by ACS Board Member Jayme Lemons. The film won for Best Animated Short at this year’s Academy Awards.

Filmland 2021 will take place in Little Rock from September 30 to October 3, 2021. Tickets will be on sale soon. We promise to bring some of this year’s best films to Arkansas. Look for announcements on the 2021 line-up later this year. In the meantime, become a member to get full access to our whole ACS Talks video library and discounts on tickets!