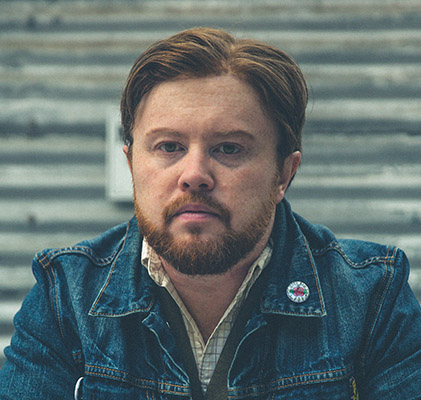 Arkansas Cinema Society (ACS) will expand into Northwest Arkansas full-time in 2021. After growing roots in Central Arkansas, the organization plans to open an office and launch a variety of efforts to support filmmakers and the creative community in NWA. ACS recently hired Fayetteville resident Kody Ford as its new Director of Statewide Outreach and Educational Programming/NWA Program Director.

“Our mission from the beginning has been to build a statewide network that feeds all things film in Arkansas,” says Kathryn Tucker, executive director of ACS. “It takes times to lay the right foundation to be able to sustainably expand our programming, and it is a dream come true to see this goal realized in NWA.” ACS had planned programming in NWA in 2020 – both screenings and film camps – but the Covid-19 pandemic forced ACS to cancel the events. “This is a solid investment in the region to better serve filmmakers in the area through consistent programming,” continues Tucker. “The ACS is thrilled to welcome Kody Ford – his background and commitment to the arts in Arkansas has inspired us over the years, and we believe he is the perfect fit for this position and to help ACS build this much needed bridge.”

A graduate of University of Central Arkansas and the University of Arkansas with more than 16 years of relevant work experience, Ford has worked for social services nonprofits in outreach and development. His media experience is extensive as well. He is the founder of The Idle Class Magazine, the state’s only publication solely devoted to supporting and promoting the creative community.

“I’ve watched ACS grow the last few years, and like many Arkansans, I’ve been impressed and giddy with the programming,” said Ford. “ACS has brought very accomplished actors and filmmakers to our state through screenings, workshops, and Filmland. Its educational programming for the next generation of Arkansas filmmakers is very needed, and I’m thrilled to help that grow. We’re already planning some very intriguing programs in 2021, and I’m so excited to play a part.”