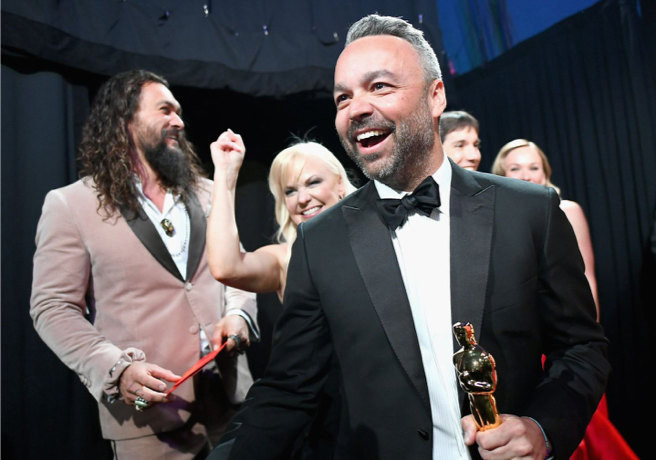 Academy-Award, BAFTA, and Emmy-winning producer and a partner at ACE Content, Evan Hayes, is making his mark on the Natural State by becoming the newest board member for the Arkansas Cinema Society (ACS). The film organization is excited to kick the new year off with a bang by welcoming Hayes to their board. They are thrilled to have his insight as they look ahead at planning their program for the new year. Hayes brings a new perspective to the ACS board through his diverse background as a producer. His journey and skillset will no doubt inspire the filmmakers and film enthusiasts of Arkansas.

Hayes is currently in production on the feature documentary Cousteau for National Geographic with Academy Award-nominated director Liz Garbus (AllIn: The Fight for Democracy, What Happened Miss Simone) and AcademyAward-winning producer Dan Cogan (Icarus). Hayes is also working on the scripted projects The Helicopter Heist with Jake Gyllenhaal for Netflix and The White Room with Amblin Partners, as well as the documentary series The Heritage Project with Leonardo DiCaprio and Anonymous Content; as well as an immersive experience based on Yuval Noah Harari’s bestselling book “Sapiens.”

“ACS is pioneering a new path for a new generation in the state of Arkansas and that is something I feel lucky to be a part of at this level,” says Hayes. “Working in a collaborative space with this team has been a joy over the years. Now, being on the team, I look forward to the partnerships and interest I will bring to the table as an ACS Board Member.”

Born and raised in Massachusetts, Hayes is a graduate of the University of Southern California’s School of Cinematic Arts. He is a supporter of Children’s Hospital Los Angeles, Para Los Niños and the National Outdoor Leadership School.

“We are beyond thrilled to have Evan join the ACS board,” says Kathryn Tucker, Executive Director of ACS. “His achievements and generosity speak for themselves - his addition will further expand ACS’s network and will been enriching and instrumental to the growth of our organization. Like ACS, Evan recognizes the talent and prospect here in Arkansas and wants to help us advocate for our growing film community.”