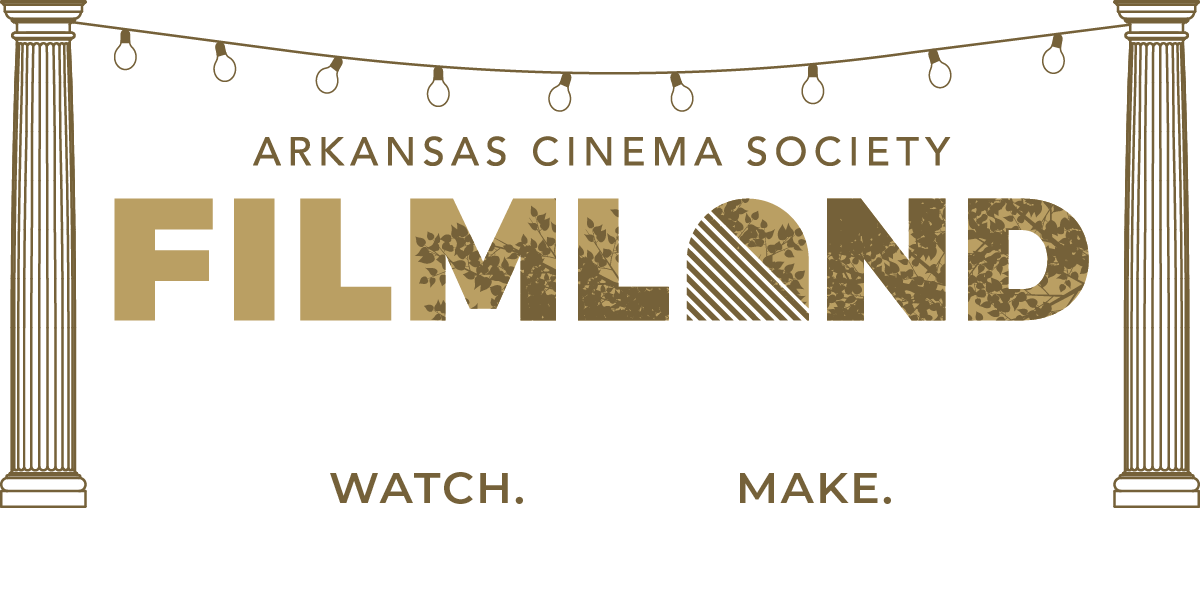 Bring your blankets and appetites, the Arkansas Cinema Society presents Filmland...in the Park! There's no better way to enjoy a beautiful fall evening than with a picnic and the most anticipated pictures of the season. Filmland in the Park will be a hybrid event with a drive-in taking place at MacArthur Park, September 30 to October 3, 2021. Food trucks will be available each night. More information regarding the program and ticket sales will be released in the coming weeks.

“We are very excited to host another unique outdoor, drive-in experience for Filmland—this year in Little Rock’s MacArthur Park,” said Executive Director Kathryn Tucker. “We plan to bring some of the most talked-about films from this year’s festival circuit to Arkansas. Last year, we introduced Arkansas to Nomadland, which went on to win the Academy Award for Best Picture. You will not want to miss the lineup we have in store for you in 2021! This year, we don’t just have something for the movie-watchers, but also the movie-makers. We are so proud to announce the launch of our daytime outdoor panel discussions and educational workshops for filmmakers and film-lovers in our state.”

Films will screen each night at the drive-in alongside the Audience Award Winners of Filmland: Arkansas and the 2021 Filmmaking Lab for Teen Girls short film. In the past, Filmland has attracted notables like Adam Driver, Margot Robbie and Joel Edgerton. Last year, two Oscar winners—Chloé Zhao and Kemp Powers—chatted with ACS co-founder Jeff Nichols virtually. We plan to feature some of next year’s awards contenders at the festival again this year.

The workshops are sponsored by a generous donation from the Windgate Foundation, will be open to adults and children, and will be led by ACS board members, local filmmakers, and industry professionals. Topics will include directing, producing, screenwriting, and an inside look at life on a film set. The addition of the workshops and educational programming during Filmland is something ACS has been working toward as it carries out its three-pillar mission: WATCH, LEARN, MAKE.

“Visual arts have always been a powerful tool for educating, communicating, and lifting up voices of the often silenced,” said ACS Director of Education Rachel Norris-Wilson. “By offering filmmaking seminars and workshops, we are providing a space for enthusiastic aspiring filmmakers to hone their craft, use their voice, and continue to build a filmmaking community here in our state.”

Given the changing landscape of public health concerns and the success of last year’s Drive-In, ACS is thrilled to, once again, be hosting a safe, in-person, outdoor event. We are keeping a watchful eye on the situation and instituting strict COVID-19 protocols to ensure that our guests have a great time while staying safe and healthy.

Tickets will go on sale as the program lineup is announced. ACS Members receive 50% off each night of Filmland. Please visit our website at www.arkansascinemasociety.org for more information on tickets, sponsorship opportunities and membership benefits.

ACS is a non-profit committed to building a film community in Arkansas where film lovers can watch films, share ideas, connect with each other, and nurture the new and existing film talent within our state through increased exposure to filmmakers and their art. Those interested in supporting ACS can visit their website at www.arkansascinemasociety.org.

Filmland in the Park would not be possible without the support of McKibbon Hospitality, the Windgate Foundation, and Little Rock Parks and Recreation.