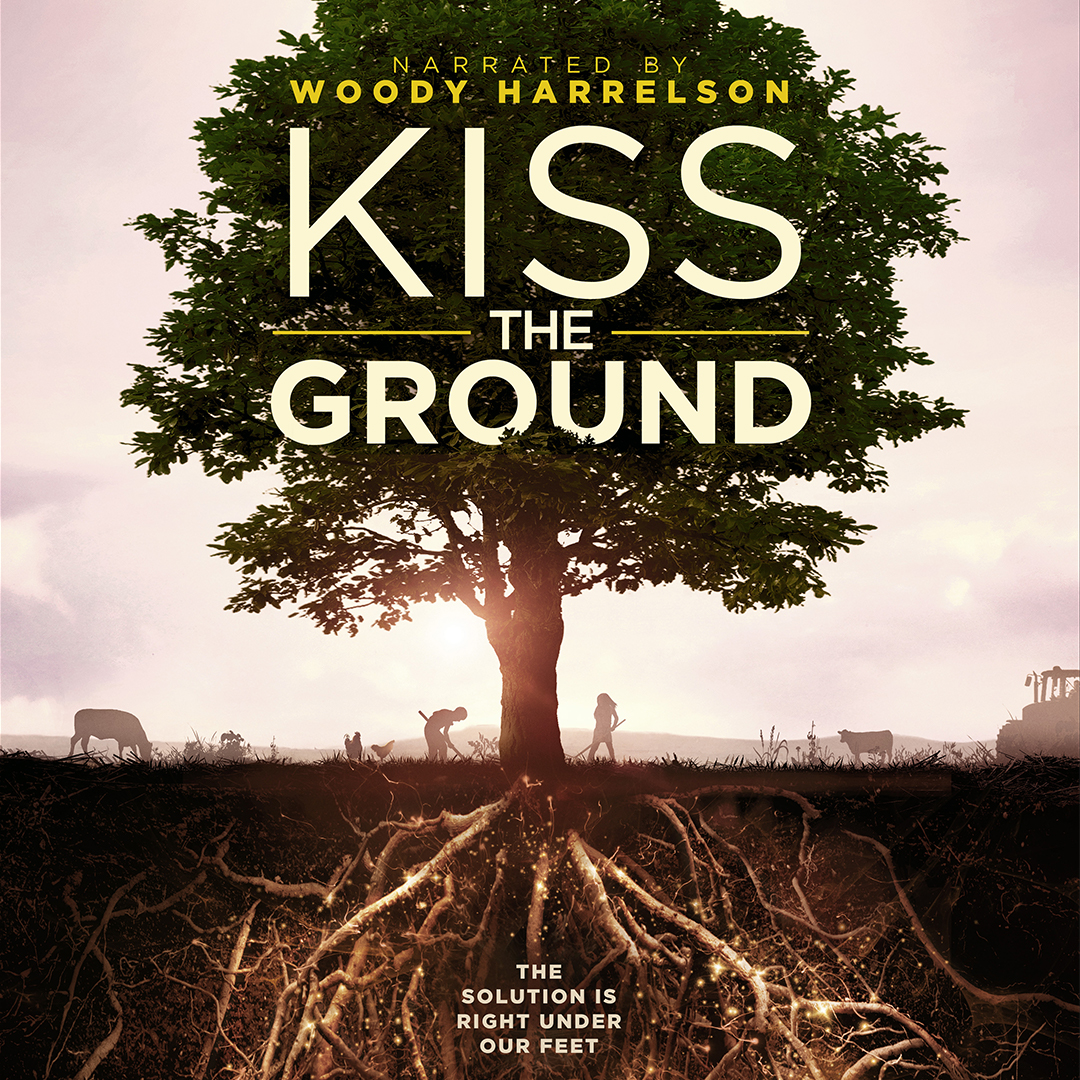 The Arkansas Cinema Society (ACS) will host a virtual screening of Kiss the Ground on March 24 at 6 p.m. followed by a Q&A with Kiss the Ground Executive Director Ryland Englehart in California, Rusty & Sue Nuffer of Armstead Mountain Farms in Arkansas, Cody Hopkins of Falling Sky Farms and Grass Roots Farmers Cooperative in Arkansas, moderated by Jack Sundell of Little Rock’s The Root Cafe. This will be ACS’s first virtual screening as part of The Coolidge Corner Theatre's Science on Screen® series, with major support from the Alfred P. Sloan Foundation. To register, click here.

Narrated by and featuring Woody Harrelson, Kiss the Ground argues that, by regenerating the world’s soils, we can completely and rapidly stabilize Earth’s climate, restore lost ecosystems and create abundant food supplies. The film uses compelling graphics and visuals, along with striking NASA and NOAA footage.

“With over five million views, Kiss the Ground is gaining momentum all over the world,” said Kathryn Tucker, Executive Director of ACS. “ACS is thrilled to be able to share this thought-provoking film with our audience.”

About Science on Screen®

The author of four books, Josh Tickell has worked on environmental issues for over twenty years. His career spans a unique mixture of science, journalism and filmmaking.  His directorial debut film, FUEL, is the 2008 Sundance Audience Award winning documentary that investigates the possible replacement of fossil fuels with renewable energy.  His 2017 Simon and Schuster book, Kiss the Ground, How the Food You Eat Can Reverse Climate Change, Heal Your Body and Ultimately Save Our World, was an Amazon Bestseller in multiple categories. Tickell holds an MFA in film from Florida State University’s Film School. He is a regular guest on talk shows and gives keynote presentations internationally on sustainability, regeneration and filmmaking.

Rebecca Tickell is a director, producer and environmental author & activist. She produced the Sundance Audience Award Winning, environmentally-themed movie, Fuel, and co-directed/produced ‘The Big Fix’, an ‘Official Selection’ of the 2011 Cannes Film Festival. She spent several years documenting the impacts and root cause of the BP oil spill. While investigating the spill she became ill and was left with permanent damage from exposure to the oil and dispersant in the atmosphere. Her directorial debut (with husband Josh) was the critically-acclaimed documentary Pump, narrated by Jason Bateman. She directed and produced the John Paul DeJoria story, Good Fortune, the YouTube sensation, TheEarthing Movie, as well as the forthcoming documentary The Revolution Generation and the forthcoming feature scripted film, Heartland. As a child, she starred in the Orion (now MGM)’s Christmas Classic movie, Prancer.