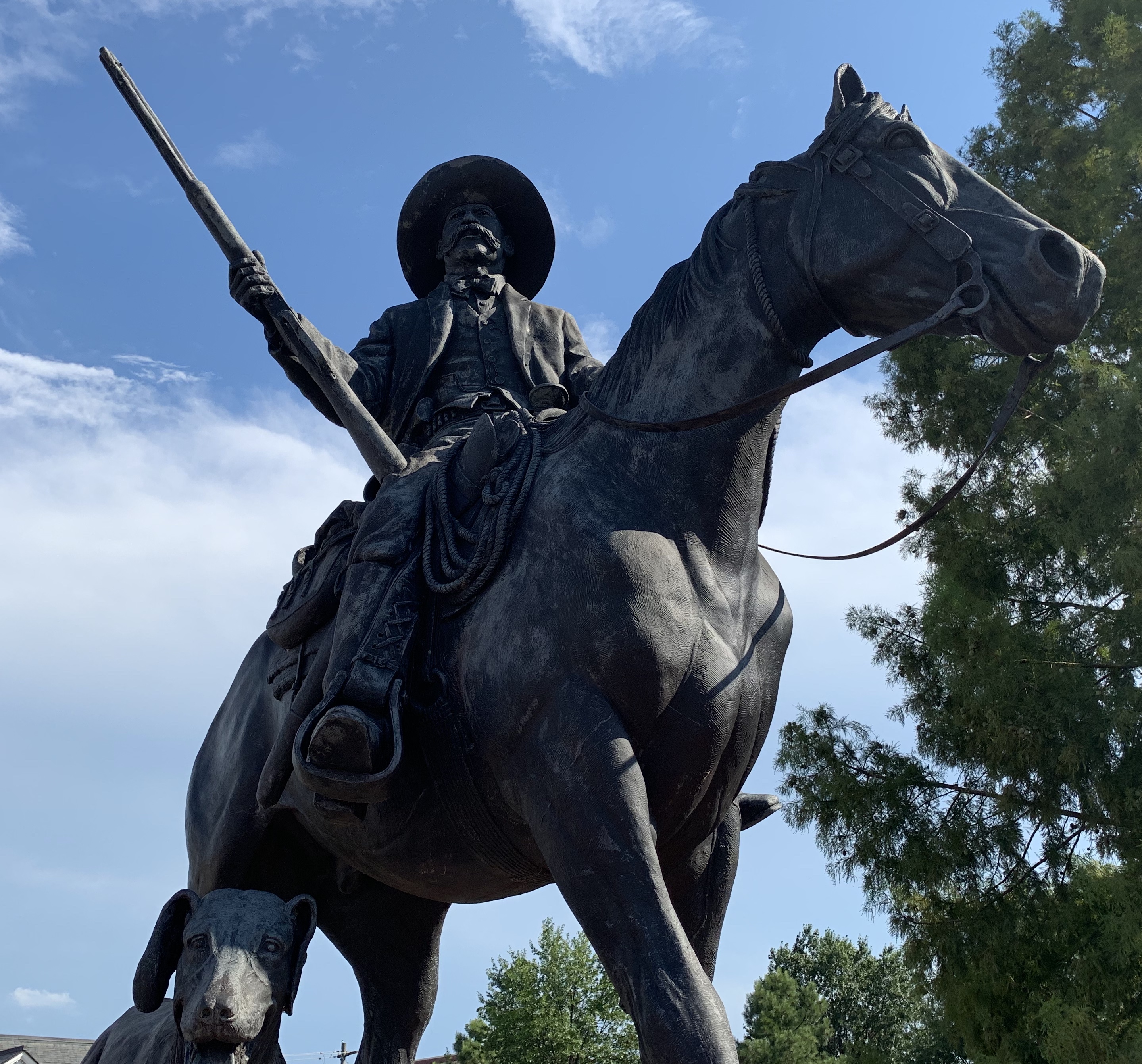 Fort Smith is famous for its frontier history, most notably Judge Isaac C. Parker aka “The Hangin' Judge.” One of Parker’s marshals has long been the stuff of legend. Born a slave in Crawford County, Arkansas, Bass Reeves went on to become the famous Black marshall that rode the Oklahoma territory for 32 years until the area became a state in 1907. Award-winning documentarian and University of Arkansas professor Larry Foley has released a short film entitled, “Bass Reeves, 'Invincible' Black Marshal,” to help separate the myth from the man.

Foley reworked footage from his eighty-minute feature documentary, Indians, Outlaws, Marshals and the Hangin' Judge for this project. However, “Bass Reeves, 'Invincible' Black Marshal” is a standalone work rather than an excerpt. Foley and long-time collaborator and UA emeritus professor Dale Carpenter reworked the script and tweaked the footage to create unique work.

Reeves has been a mythical Western pop culture figure for decades making appearances in games, films and television, most recently in HBO’s hit Watchmen, in which the character Will Reeves (Louis Gossett, Jr.) cited Bass Reeves as a relative and inspiration. With so much backstory, both real and fictional, Foley and his team had to sort the wheat from the chaff.

“There’s a lot of myth around Bass Reeves,” Foley said. “Some of it is nonsense like he was the inspiration for the Lone Ranger. The true story of Bass Reeves doesn’t need anybody adding stuff to it. It’s just a good story. We decided to turn it into a short and make it a complimentary piece to the feature.”

“Bass Reeves, 'Invincible' Black Marshal” brings together many talented faculty at the UA. Foley and his team filmed parts of the doc in University of Arkansas Libraries' Special Collections, Carpenter edited the piece, and it has a musical score composed by professor emeritus James Greeson. The School of Journalism and Strategic Media's Hayot Tuychiev served as the film's director of photography. The short film also features U of A Provost Charles Robinson, and pays tribute to the late history professor Dr. Nudie Williams and his research.

In Williams' research he noted, "Throughout his career, [Reeves] insisted that he had never started a fight, or drew first blood in a fight. Yet in the course of making arrests, his own belt was cut in two by an outlaw's bullet, his hat brim was shot through, his buttons were shot off his coat and his bridle reins were shot out of his hands — all while pursuing all kinds of bad men."

Regarding Reeves’ legacy, Foley thinks the tale of the legendary marshal plays well for today’s audiences.

“Bass fits right in with it. If you think of Black history, he is a fascinating real life character. He was a historical figure who should be studied...A story about a Black lawman who had to face racial injustice is absolutely pertinent to what we are talking about today. We know some of the stereotypical [white] characters in American history but how many of the African Americans or American Indians who were interesting or impactful – how much do we know about them? I have always been attracted to stories that have escaped general knowledge. Everything I have worked on has been to mine stories that people don’t know about. With Bass, we were able to tell what really happened as best we can tell from the research.”

Reginald Moore, of Fort Smith, portrays Reeves in the documentary’s reenactments. Foley says this film also serves as a tribute to Moore, who passed away recently.

Next up, Foley is shifting gears to the 150 year story of the University of Arkansas called If This Walk Could Talk, set to premiere in Spring 2022.