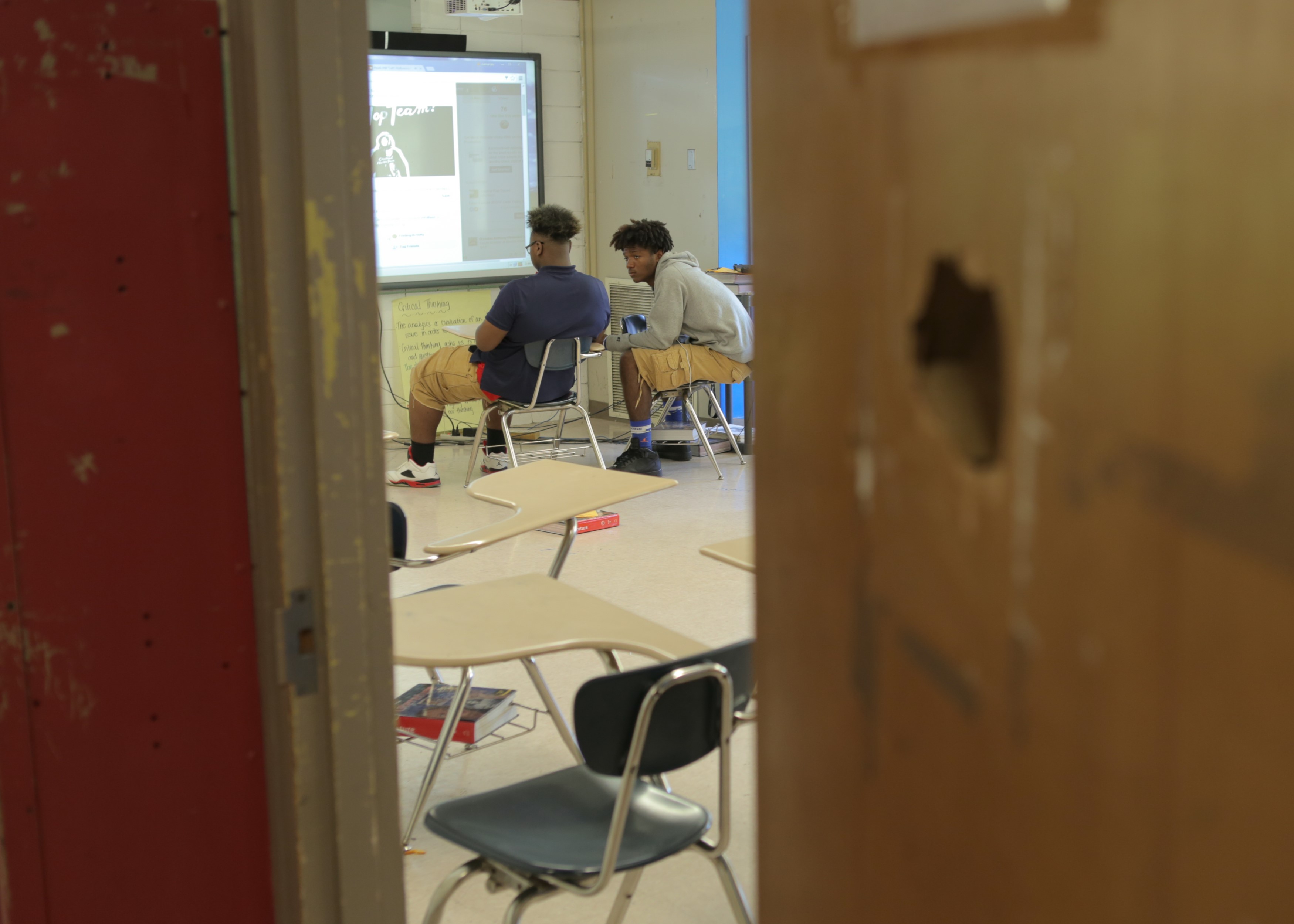 “Rap Squad,” an intimate verité documentary about Arkansas high school hip hop artists who seek healing for themselves and equity in their community through their music, will premiere on Arkansas PBS Tuesday, March 16, at 9 p.m. and stream at myarpbs.org/watchlive.

In the Arkansas Delta, students Montae and Ray join an after-school club – the Central Rap Squad – and begin writing music to cope with personal traumas. When their rural town prepares to vote on a proposal that would raise property taxes in order to build a new public high school, the young men shift their focus from inner  healing to social action, using their music and platform to fight for a more equitable future.

The most prolific writer/rapper in the Central Rap Squad, sophomore Montae feels like an outsider in Helena-West Helena and is coping with the death of his father. Montae’s dedication to his craft and to creating positive change for himself and others gives him a platform that elevates his status from outsider to leader.

Ray is a sophomore coping with depression and anxiety. He’s bullied, and both he and his mother struggle through health issues. Through his music and loyal friendship with Montae, Ray emboldens everyone around him to stand up for what is right and to not take “vote no” for an answer.

“When Nolan [the film’s producer] told me about the rap squad in Helena-West Helena, I instantly connected to the story,” director Nathan Willis said. “Even though my struggles were different from Montae and Ray’s, I knew what it was like to find solace in creating art.

“We originally started filming this as a short documentary about a unique after school club, but once the students began advocating for the new school, we knew we had a much bigger story on our hands. I hope folks walk away from the film inspired to get involved in bettering their own communities with whatever gifts they have.”

Nathan Willis is an award-winning documentary filmmaker based in Arkansas and Louisiana. Growing up with severe asthma, he discovered a love of film and filmmaking while homebound during high school. Because of this he is passionate about stories that showcase the power of arts education helping individuals overcome personal struggles. Working with small crews and serving as director, cinematographer, and sound recordist on the majority of his films, he is able to create a deep sense of trust between himself and his documentary subjects. He has directed short-form documentaries for PBS, Vice, MSNBC, Business Insider and the Academy Award-winning production company, Participant Media. His most recent documentary short film “Cowgirl Up” was featured on “Reel South” and was the winner of the Audience Award at the 2018 PBS Online Film Festival. “Rap Squad” is Willis’ first feature length documentary.

Producer Nolan Dean is an award-winning, multi-disciplinary filmmaker based in the Arkansas Delta who has centered his practice on producing compelling narratives and documentaries in the Delta that promote cross-cultural empathy and human welfare. Dean's first feature length documentary, “Malatya,” sold thousands of DVDs and started a grassroots movement to support the subjects of the film. Dean is a selectee of the Hot Springs Documentary Film Festival, the Little Rock Film Festival and more. His film “Nighthawks” won the Mississippi Film Alliance’s Emerging Filmmaker grant in 2020. He has been submitted for appointment to the advisory board for the Arkansas Department of Heritage's Delta Cultural Center and is a former board member of Arkansas Delta Arts Partnership.