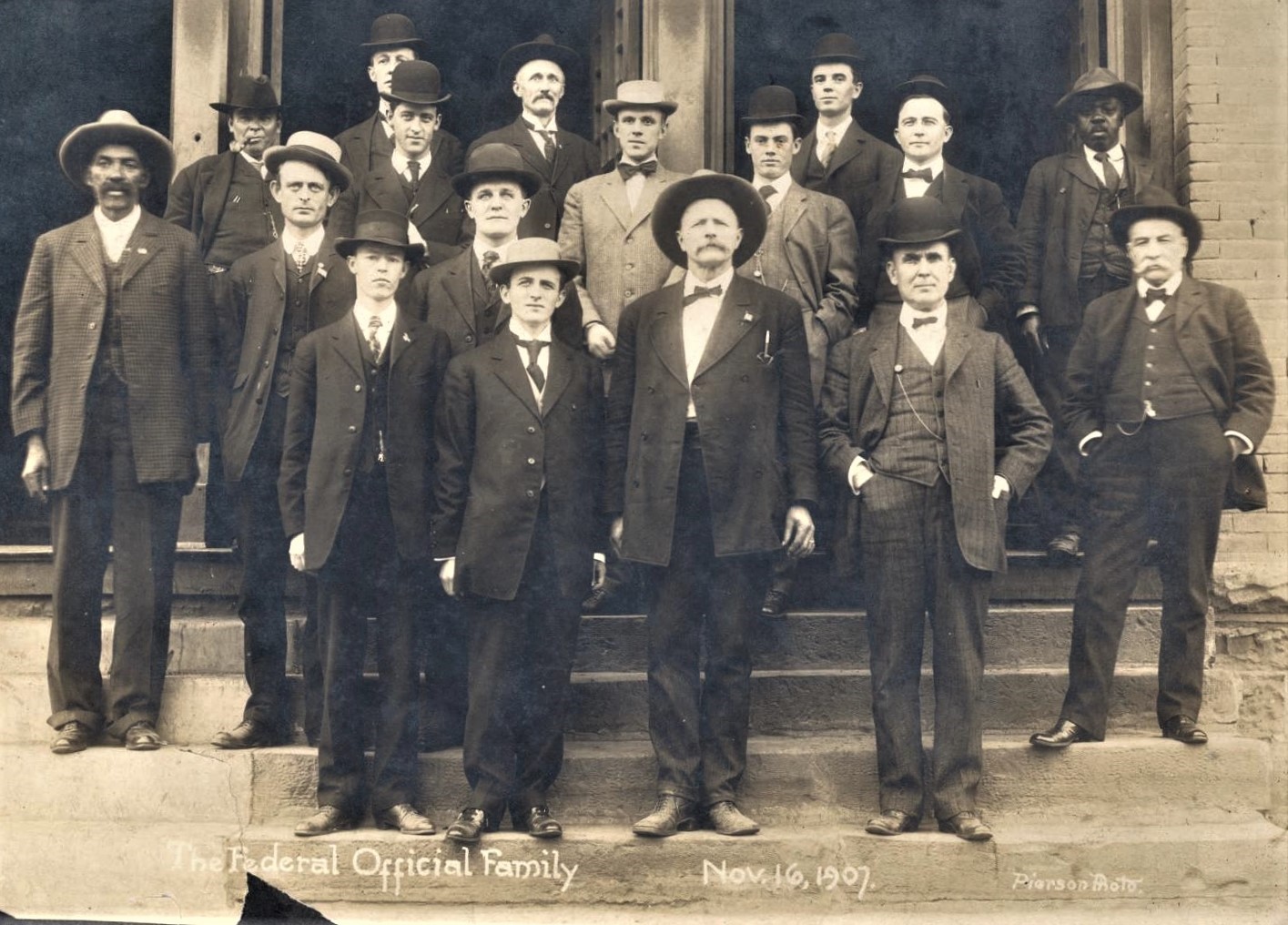 An authentic film about Bass Reeves, the Fort Smith-area lawman who became one of the first Black Deputy U.S. Marshals west of the Mississippi and the longest-serving deputy in Judge Isaac C. Parker’s federal court, is now under development by TGE Inc., a global virtual studio, and entertainment and technology holdings company based in Los Angeles.

“It’s been a long time coming for someone to embrace the true story of the real wild west by bringing to the big screen the story of Bass Reeves,” said Fort Smith Mayor George McGill. “It’s an American story and the true definition of true grit. But even more importantly it’s a story of a man of character who served the U.S. Marshals like none other.”

McGill, the first Black mayor of Fort Smith, noted that Reeves gave up a lifestyle of considerable wealth built by training horses to serve upon request by Judge Parker on the historic federal court that oversaw the Indian Territories of what is now Oklahoma. Having escaped slavery in Texas during the Civil War, Bass is thought to have fought for the Union Indian Brigades and learned the lay of the land, as well as native languages and peoples.

“Decades of inadequate history on black heroes and heroines pre and post-Civil War covered up stories of brilliance,” Jackson said. “Recent changes in our social make-up have knocked the dust off some of these stories, paving the way for people to not only accept them – but to be hungry for them.”

“To be clear, Bass Reeves has a history in film,” Jackson said. “But none of it is an authentic representation of what he endured, overcame, and fought for.  It is our collective goal to bring a real, true, and authentic Deputy U.S. Marshal Bass Reeves to the big screen to entertain and inspire audiences of all types.  His multifaceted story provides literally everyone something to latch onto and identify with.  THAT is one thing I never thought I’d be able to say in entertainment.  We’re going to make a movie about a black hero, and give the world something to identify with!”

“Marvel Studios’ Black Panther was groundbreaking because it featured predominantly black characters and gave rise to an incredible heroic arc,” Jackson said. “ But, it wasn’t real.  Bass Reeves was.  Telling his authentic story gives us the chance of a lifetime as filmmakers.  We are honored with the opportunity to highlight some of the most delicate, yet critical, topics of our time. Racism.  Justice.  Forgiveness. Political divide. And we take that very seriously.”

“Sharing Bass’s story is a win,” Jackson said. “But to share the lessons his story brings us through the power of entertainment… that’s making a difference.”

Who was Bass Reeves? ‍

Bass Reeves was born in 1838 and died in 1910. He escaped to freedom from Texas to the Indian Territory during the Civil War. He is thought to have fought for the Union Indian brigades, learning native languages and the lay of the land for a sweeping area that became known as the Oklahoma Territory.

Reeves was one of the first deputies hired by Judge Parker, who arrived in Fort Smith 1875 by the appointment of President Ulysses S. Grant. Reeves would remain an officer of the court until Oklahoma became a state in 1907. In his 32 years as a Deputy U.S. Marshal, Reeves told a territorial newspaper in 1901 that he had brought in over 3,000 people with warrants. One of them, the famed Belle Starr, came in on her own after she heard Bass Reeves held her warrant, according to historian Art T. Burton at the National Park Service website.

Reeves farmed land outside of Van Buren before having to sell it to pay for legal defense on a first-degree murder charge after accidentally shooting his cook. After he was acquitted, Reeves requested Parker reinstate him as a Deputy U.S. Marshal. The judge abided by his request.

“The River Valley Film Society is thrilled to be part of the development process of TGE’s Bass Reeves movie,” said Dr. Brandon Chase Goldsmith, River Valley Film Society president. “TGE’s production will be a historic moment, transforming Fort Smith and the River Valley’s creative economy. Our area’s talent and natural scenic resources provide the ingredients needed to cultivate a regional film industry and I believe TGE’s Bass Reeves project will be the catalyst launching a new artistic frontier. Giovanni Jackson and his team shared their vision at the inaugural Fort Smith International Film Festival and TGE is turning those dreams into a reality.”

The film society, which oversees production of the Fort Smith International Film Festival, is helping provide connections with key stakeholders for the film’s development.

“There’s a reason why it’s called the film industry,” Kinslow said. “This is a jobs creator. They will need local carpenters and caterers, electricians along with artists. We need to work towards growing all aspects of our economy and the Bass Reeves movie will do exactly that.”

Smith, the CFO, explained that an LLC has been formed for the film in Arkansas with intentions to seek state and local incentives to ensure the film can be produced in the River Valley region.

“Entertainment is an incredible economic engine, and is one of the only manufacturing processes to also lift tourism,” Smith said. “If there are two things Arkansas understands well, it is manufacturing and tourism. We hope to supply enough data from the production of this film to help lead the charge for Arkansas to consider becoming even more competitive in the landscape of entertainment.”

For support on film production serving as an economic generator, Smith points to the Motion Picture Association 2020 Report, which states “the average feature film invests $250,000 per day into a local economy and employs between 150 – 250 people; earning wages that are 53% higher than the national average.”

How the project came about

Smith said he and the other three TGE Inc. executives were on a guided tour of Fort Smith before the film festival began. Jackson – a 30 year veteran in the entertainment industry - saw the Bass Reeves statue at Ross Pendergraft Park near the Arkansas River, learned the history of Bass, made a few calls, and within hours the ball was rolling.

Having a film “in development” means the first money has been put into the project and the production team is taking the steps necessary to push it forward and make it a viable project with the intent to make it a feature film, Smith explained.