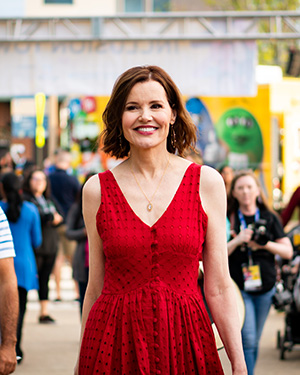 Bentonville Film Festival recently announced the opening of submissions for the seventh annual festival, which takes place as a hybrid edition featuring virtual and safe on-ground activations such as drive-in screenings in Bentonville from August 3 to 8.

US and International Feature (Narrative, Documentary)

US and International Short (Feature, Documentary)

US and International Episodics

*Other 2021 special programming categories slated to include Spotlight, Regional, Animation, and Family.

Submission Deadlines are as follows:

Interested filmmakers may submit their work at the Bentonville Film Festival Film Freeway Submission Site. BFF is offering a 25% discount on all submission fees for regional filmmakers to submit their mission-aligned feature, short, or episodic projects on Film Freeway. Use this code through May 31, 2021. Use code CODE: BFF21REGION.

In a recent press release, Wendy Guerrero, President of BFFoundation and Bentonville Film Festival, said, “During this last year of uncertainty across all sectors of the entertainment industry, and throughout our organization’s history, BFF has remained unwavering in its commitment to support groups and people historically underrepresented in the media. As we move further into 2021, we continue to learn and to hone our focus on creating positive social change, an increased support base, and more measurable impact. With all of this in mind, our 7th annual film festival will deliver our most unforgettable experience yet.”

Entering its 7th year, the Bentonville Film Festival is a one-of-a-kind event that champions inclusion in media. In 2020, over 30,000 active viewers engaged during the week of the virtual Bentonville Film Festival which had the most diverse and inclusive film program to date. More than 80% of the films we showcased were directed by women (including three of the four Spotlight selections), with 65% from BIPOC and 45% from LGBTQIA+ filmmakers.

Co-founded and Chaired by Academy Award® winner Geena Davis in 2015, the Bentonville Film Festival (BFF) is a year-long platform produced and operated by BFFoundation (501c3), culminating with an annual festival in partnership with founding sponsor Walmart and presenting sponsor Coca-Cola.

BFFoundation is a non-profit organization focused on promoting underrepresented voices of diverse storytellers. We want to amplify storytellers who identify as female, non-binary, LGBTQIA+, BIPOC, and people with disabilities in entertainment and media.

In partnership with the Geena Davis Institute on Gender in Media, BFF has been at the forefront of accountability efforts for diversity and inclusion in entertainment and media.