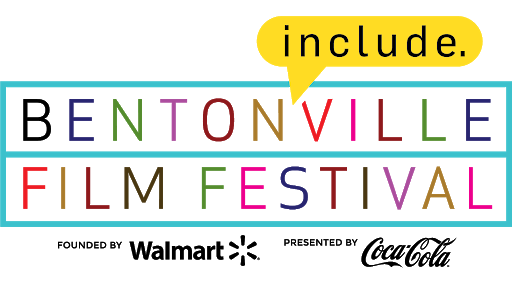 “We’re excited for the opportunity to look ahead at what’s in store for the Bentonville Film Festival. Returning for the eighth year with a hybrid program, the Festival continues to grow and develop its footprint in the community,” said Geena Davis, Bentonville Film Festival Chair and Academy Award-winning actor. “We’re proud to continue providing a platform that celebrates diverse voices and champions inclusion from the inside out,” said Davis.

"This year’s Festival was incredibly successful for us. We expanded our audience, growing our global viewership by 80%, and furthered our mission to amplify underrepresented voices in film internationally. This increased engagement is a positive indicator of the changing landscape for filmmakers, and demonstrates just how imperative it is to support these artists,” said Wendy Guerrero, President of Bentonville Film Festival and Foundation. “We’re thrilled to return next June and continue working to impact the local creative community in Arkansas, all the way through to the Hollywood filmmaking pipeline,” said Guerrero.

The Bentonville Film Festival is an annual Festival and globally recognized platform amplifying female, non-binary, LGBTQIA+, BIPOC, API and people with disabilities’ voices in entertainment. The week-long Festival, presented by the Bentonville Film Foundation, in partnership with founding sponsor Walmart and presenting sponsor Coca-Cola, is known for its dedication to championing marginalized and underrepresented voices in film. In 2022 the festival will extend its festival run virtually online for an additional week through July 3rd.

“Walmart is committed to fostering cohesion and belonging in all of the communities where our associates live, work and play, and our home region of Northwest Arkansas is no different. We’re proud to be a founding sponsor of the Bentonville Film Festival which has helped drive necessary dialogue around matters of diversity, equity and inclusion both inside our company and community, and I’m excited that the continued evolution of the festival into a hybrid in-person and virtual event allows for that same level of local engagement while expanding the reach of BFF and its programming into other communities where these conversations are equally critical,” said Ben Hasan, Senior Vice President and Global Chief Culture, Diversity, Equity & Inclusion Officer – Walmart.

"As a Presenting Sponsor of the Bentonville Film Festival, we at Coca-Cola have seen the program grow each year, and are thrilled to see its continued success" said Louis Martin, President of the Coca-Cola Global Walmart team. "We look forward to the 2022 program and to helping promote the important and diverse voices that will once again be represented at this Festival."

In 2020 the Bentonville Film Festival’s hybrid virtual program saw 80% growth in global viewership for 2020 on it’s virtual platform with 150K+ online viewership. More than 10,000 people attended safe, in-person screenings of competition and spotlight films, outdoor family films, and BFF community events around Bentonville and the Northwest Arkansas region. Over 150 filmmakers, press, and corporate industry executives traveled to Bentonville for BFF for the week attending filmmaker events, community events, and film Q&A’s to interact with audiences over the course of the Festival.

Earlier this year the Bentonville Film Foundation announced a newly formed partnership with Mars Wrigley. They introduced alumni and featured filmmakers to their new mentorship program for diverse filmmakers in partnership with the Festival at the 2021BFF. The mentorship program consists of a $20,000 grant plus the opportunity to work with the M&M’s team on a project for the iconic brand focused on championing inclusion while addressing some of the hurdles women and underrepresented storytellers face when developing their second film. This is one of the many ways BFFoundation is working to bring more diversity to screens.

About The Bentonville Film Foundation‍

BFFoundation is a non-profit organization focused on promoting underrepresented voices of diverse storytellers. We want to amplify storytellers who identify as female, non-binary, LGBTQIA+, BIPOC, API, and people with disabilities in entertainment and media. We do this through research, education, and supporting the production and distribution of inclusive content. BFFoundation is focused on working with its partners to foster inclusivity in media and entertainment to produce a positive influence in the community at large. BFFoundation produces the annual Bentonville Film Festival (BFF), chaired by Academy Award® winner Geena Davis.

About The Bentonville Film Festival ‍

Chaired by Academy Award® winner Geena Davis, the Bentonville Film Festival is a one-of-a-kind annual event that champions inclusion in all forms of media. BFF is a year-long platform with the BFFoundation, culminating with a six-day festival, in collaboration with the founding sponsor, Walmart, and presenting sponsor, Coca-Cola. The Bentonville Film Festival is held annually in Bentonville, Arkansas, and the surrounding region of Northwest Arkansas.