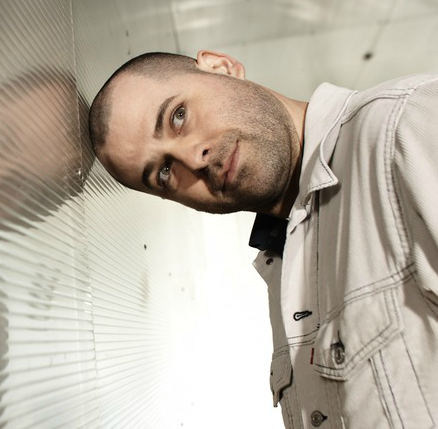 The River Valley Film Society is excited to host a watch party at the UAFS Windgate Art and Design theater (5210 Kinkead Ave), Thursday, September 16 (Doors 7:15pm / Show 7:30pm), for Fort Smith native, Brad Neely’s newest show, The Harper House, which is premiering on Paramount+. The Harper House follows an overconfident female head of a household as she struggles to regain a higher status for herself and for her family of oddballs after losing her job and moving from the rich side to the poor side of a small town in Arkansas. To save money, they’ve moved into their inherited Victorian fixer-upper, the historic Harper House. Watch the trailer here.

Free and open to the public, the evening will begin with a pre-recorded interview featuring Brad Neely and Entertainment Fort Smith’s Lynn Wasson along with Clay Pruitt and Dr. Brandon Chase Goldsmith with the Fort Smith International Film Festival.

“We had a delightful conversation from his laundry room. Brad opens up about his formative years in Fort Smith and gives advice to up and coming artists. It is wonderful getting to hear about his creative journey from our town to the screen,” explains Dr. Goldsmith.

Neely is the creator of TV’s China, IL; and Brad Neely’s Harg Nallin’ Sclopio Peepio; as well as internet favorites Wizard People, Dear Readers; Creased Comics; Washington; Queeblo; IAm Baby Cakes; and The Professor Brothers. After the interview the first two episodes of The Harper House will be screened. The watch party will be following University of Arkansas – Fort Smith COVID protocols.
‍

Neely recently appeared on ACS's monthly podcast Reel Talk Arkansas. You can listen to the full interview here. Kody Ford, host of Reel Talk Arkansas, chatted with Neely about the origins of The Harper House. Here's what he had to say:

Brad Neely: I had a couple of projects when I first was coming out to Hollywood, you know, pilot projects that didn't work, but I always wanted to do one with a lady. A female Homer is what I always wanted to do because it just kind of felt like an area that nobody had really tapped into. One of my first projects was with it was a family show called Godparents, where there was a, like a couple in their thirties who inherited some kids. And they were just terrible people, you know? And it was a female lead who got drunk and fucked up and crashed cars ... like the shit Homer does. He drove his car through his kids' school, you know, like drunk. And he drives drunk all the time... [T]his was like before Bridesmaids and everything, [and] ... it's just open territory. It's like, let a woman do it. And then you get to do like, oh my God, you can get through everything again. So that was a basis for this show was just, I've always been trying to do an animated show with a big, broad broad in the, in the lead, like an American woman, just fuckin' things up.
‍

Kody Ford: Nice. And you have some pretty big names attached to this who are doing voices.
‍

Brad Neely: Yeah. Rhea Seehorn from, uh, Better Call Saul is, is our Debbie, she's our lead. And I just couldn't ask fora better partner in in crime. She is this the best actress to work with on this, totally gets the character. Fearless. Funny ... Katie Krentz is somebody that I've known in animation for a long time, [a] producer. In fact, you know, after I did Harg Nallin' and China, IL, and they canceled those shows, I did a couple, you know, to try, ... to keep the ball rolling, but partly it's just like, man, I don't know if I want to do this. You know, like I don't like being out [in Los Angeles]. Maybe I can go back to the South. I don't know if I want to do this anymore. You know? And then Katie Krantz came around and was like, Hey, I'm selling these shows. I got some places, you know, I'm running this thing, you should do it. You know, what do you have in the bag? I was like, I don't know, I've got this crazy idea and this crazy idea and this one about a female Homer. And she's like, well, what's that one? And so it kind of went from there where I developed it for her eyes. And then we got in touch with CBS Studios and they liked it. And so ... CBS studios really helped me figure out how to sell a show better. And then we went around trying to find where we would end up and we ended up Paramount+. So yeah, it's a chance to do the big family show, but a dirty one. I wanted to take The Simpsons and South Park and put them together, like the heart of The Simpsons and the audacity of South Park and put them together with a big female up front. And that's, that's what The Harper House is.

Kody Ford: And what about the setting? I think I'd read, it's set in the South. Am I correct on that?

Brad Neely: Yeah. Yeah. It's loosely based on my experience, you know, as a kid, you know, growing up in the South and growing up in Arkansas. Arkansas, as you know, is not like Mississippi or, you know, when people think of the deep South, you know, there's parts of that everywhere in America. But there's also, in Northwest Arkansas, you know, a majority people have a little bit of an accent, but it's kind of just like everywhere, USA to me, you know. Fort Smith, Arkansas, where I grew up is like everywhere, USA and it's anywhere, USA and Katie Krantz is from Indiana. And most of the things that I would talk about small town life, she is just like, that's true for where she came from. So it's not set in Fort Smith, but it's loosely based on my experience living in Fort Smith, which has got a north side of town and the south side of town, south sides, rich and developing and north side's old and kind of neglected. And we play with that, that kind of class divide.

Kody Ford: I mean, Fort Smith being such a diverse town too. Where you guys were able to bring some of that in with TheHarper House?

Brad Neely: Yeah. Yeah. When I was young and my parents got divorced as the age of the kids in my show I went from the south side of town, which is you know, more white it's, it's the white side of town to the north side of town, which is what a multicultural area with a lot of Southeast Asian people and Black people and, you know, people from Central America and and it was like the best thing to happen to me. You know, I went to Northside High School and you know, graduated with lots of different kinds of American experiences around me. And I felt like I learned so much from just that change in life. And I'm trying to base this show kind of around that.