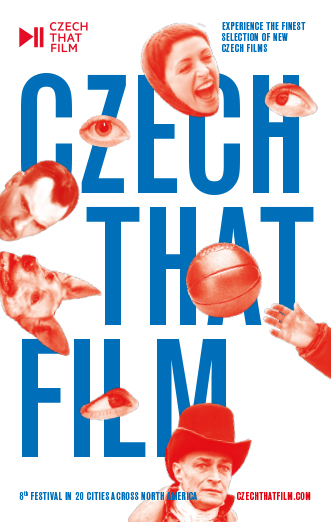 Event showcases the best of Czech cinema in 20 cities across the U.S.

On June 7-8, the Czech That Film (CTF) festival hits Little Rock packed with a program to whet any film-goer’s appetite: A guest director Jakub Šmíd in person and five stellar films showcasing the best in Czech cinema.

The Honorary Consulate of the Czech Republic has partnered with Ron Robinson Theater to bring the Czech That Film festival to Little Rock. The festival begins on June 7 with the family drama Short Cut (Na krátko). A Q&A with director Jakub Šmíd will follow the film screening.

On the following day, June 8, Ron Robinson will screen the drama/comedy Patrimony (Tátova Volha) followed by the sports drama The Golden Betrayal (Zlatý podraz). This will be followed by the Winter Flies (Všechno bude) film which received the Best Director award at the Karlovy Vary International Film Festival; and a historical drama Jan Palach (Jan Palach) honored with the best film award for 2018 from the Czech Film Critics' Awards.

“As the Czech people proudly celebrate 100 years of independence, we invite our American friends to celebrate with us and enjoy some of the best Czech cinematography,” said Lenka Horakova, Honorary Consul of the Czech Republic in Arkansas. “The films will take us on a tour of the early 20th century, we will see what it was like to live in Central Europe under communism, and will get a peak (and a good laugh) into the lives of people in today’s Czech Republic.”

For tickets, please visit https://www.arkansascinemasociety.org All films will be shown with English subtitles.

The Czech That Film Festival brings the best of Czech filmmaking to 20 major cities in North America. For more information, please visit www.czechthatfilm.com.

Eleven-year-old Jakub can’t stand his stepsister or his domineering grandma. To make matters worse, he discovers that his hardworking mother misled him about where his father was. He is certainly not navigating any maritime vessel, as she would have him believe. Family ties are put to the test in Jakub Šmíd’s second feature.

Fashion designer Eva unexpectedly becomes a widow. Surprises continue to come when she discovers an unknown child's drawing in her late husband's possessions. Even though Eva would like to ignore the discovery, her daughter Tereza, whose life is falling apart, latches onto the idea of an estranged stepbrother. The mother and daughter set out in her late husband’s vintage car to follow the trails of his former lovers, look for old friends, and find out more about the hidden family secret.

Young Czechoslovak men learn to play basketball from American Mormons at a YMCA camp in 1938. When World War II erupts a year later, their coach is arrested and executed. A young lawyer named Franta steps in to manage the team. After the liberation of Czechoslovakia in 1945, he visits the prison yard where their coach died, picking up a handful of soil and placing in a box with national colors. The team carries this talisman to the European Championship in Geneva where the Czechs miraculously win in 1946. However, everything changes again with the communist coup in February 1948. Friendships are broken, several basketball players are persecuted, and Franta is arrested. The team will go to Paris to defend their title, but can they succeed?

A rebellious teenager and his dorky, BB-gun-toting sidekick run away through the Czech countryside in a stolen Audi. Along the way, they pick up a dog and a pretty female hitchhiker as they try to elude the police. An interrogation of tall tales of exploits is contrasted against awkwardness, innocence, and adulthood. This coming-of-age road movie tells a story of adolescent friendship and the irrepressible desire to experience something even if one doesn’t know exactly what that something is – a sense of unbridled freedom. The film received the Best Director award at the Karlovy Vary International Film Festival.

Jan Palach, an uncompromising young man, made the ultimate sacrifice in the hope of rousing the nation from its growing lethargy and of protesting the Soviet invasion of Czechoslovakia in 1968. This biopic describes the last months of Palach’s life, describing his path from an affectionate son, devoted friend and sensitive philosophy student to the “Torch number 1.”