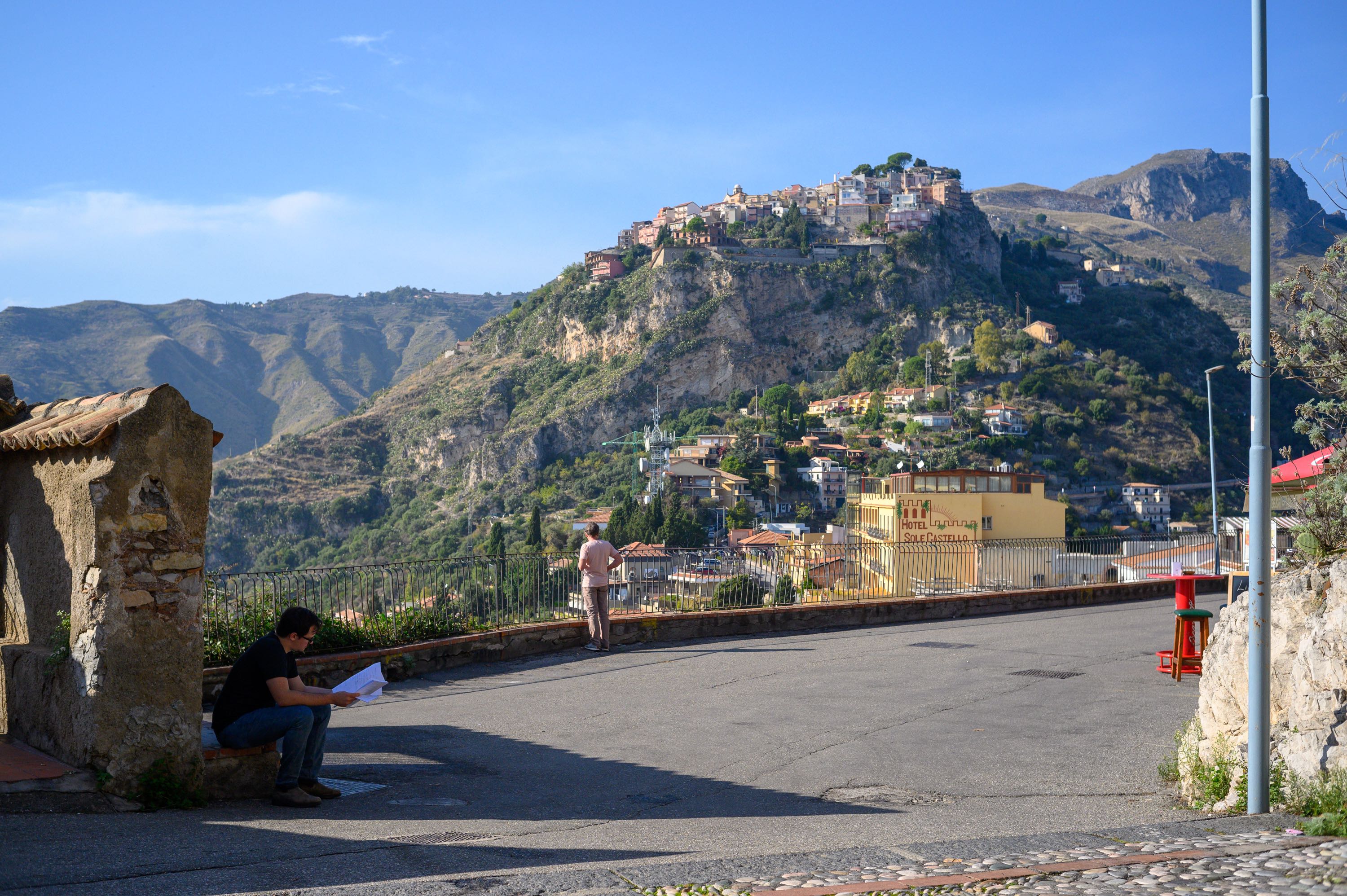 El Dorado filmmaker Alexander Jeffery has made a name for himself over the last few years. In 2015, he won the Louisiana Film Prize for his short “The Bespoke Tailoring of Mister Bellamy” and went on to receive other accolades on the film festival circuit. The Canadian-born Jeffery lives in south Arkansas and currently serves as the director of the El Dorado Film Festival. Like many writer/directors, Jeffery has longed to make the jump to a feature-length production. Now with his collaborator, writer/producer/actor Paul Petersen, they have finally done it with the film Molto Bella.

The film stars Petersen as an aspiring poet opposite singer/songwriter Andrea von Kampen.

Set in the Sicilian town of Taormina, Molto Bella is the story of an aspiring poet in search of inspiration when he meets a folk singer trying to write a follow-up to her breakout hit. Their chemistry sparks collaboration, challenging each other to express their thorniest secrets, growing closer all the while. It's an intellectual romance set in Sicily, with live folk music and original poetry. The film also features Elizabeth Stenholt and Kyle Brunick. Arkansas crew include El Dorado residents Lance Owen Garrett, Kenny Burns and Richard Wharton (production designer). Additionally, several investors from Arkansas came to Italy to watch and participate in production. Principal photography recently wrapped up in Nebraska.

We spoke with Jeffery about what they learned during this production.

How did the idea originate?

In 2013, I went to Sweden to work on a film as the 1st Assistant Director. And while working on the film, I met a lady. And some of the conversations we had sparked the initial draft of the film. The original script, however, was terrible. But then I got out there and experienced more life and worked hard at becoming a better writer and started collaborating with Paul Petersen (the lead and co-writer of the film) which eventually, after a lot of work, lead to a much better concept and story and the script that we ultimately filmed. I remember watching a MasterClass by Neil Gaiman and he mentioned that every story needs to have something to say (it sounds obvious, I know) and I realized my initial idea didn't have anything to say. So, when the story ultimately became about a folk artist and an aspiring poet, I was able to weave in my own experiences of success and failure and fear of putting stuff out into the world. It really helped guide me through the rewrite.

You’ve mentioned Before Sunrise and Lost in Translation among others as being an inspiration for the film. Why did you draw from these specific films?

Both Before Sunrise and Lost in Translation had a monumental impact on me the first time I watched them. Before Sunrise, in particular, felt so effortless and wiped the biggest smile across my face almost the whole time I watched it. When the film ended, I wanted to go back and watch it again immediately. That doesn't happen too often for me. Before Sunrise is a straight up romance, however, and one of the things that really stuck with me about Lost in Translation was that, while it's romantic, there is never a kiss. It's a deep friendship that forms quickly, and there are obviously feelings from both parties. In both cases, there is something about being in a strange place that adds another level of vulnerability and allows relationships to form quicker than they might have in the bubble of your own country and comfort zone.

Why did you film in Italy?

The film was initially set in Tuscany because that was the pinnacle of romance in my mind. When I was talking to my friend and production designer Richard Wharton, however, he told me that Taormina was the most romantic place he'd ever been. I started researching it and found that several famous writers spent time there, including Oscar Wilde. I loved the history along with the tumultuous backdrop of an active volcano, Mount Etna. To me that was the perfect metaphor for relationships: something that could erupt at any time.

How did you go about gaining financing?

You mentioned on Facebook this has been in the works for five years. How has the story evolved during that time?

Writing is rewriting, as the old adage goes. Those five years allowed me to grow up a little and experience life and expand my view of relationships and go through highs and lows that all made their way into this new script.

What were some of the challenges you faced during pre-production and principal photography?

Making a micro-budget indie feature is incredibly challenging, no matter where principal photography takes place. When you add a foreign language on top of that, in a place that isn't all that easy to get around and is a mecca for tourism... there were hurdles we had to jump over every single day. We had a very small crew and everyone was wearing multiple hats. It was an amazing experience that I'll never forget, but it was challenging. Not to mention we only had 18 days to film. You're surrounded by all this beautiful scenery and amazing food, and every once in a while we got to stop and appreciate it, but mostly it was work and making sure that we captured everything we needed. Because we don't have the budget to go back and get another shot. One of the scariest moments of the whole shoot was when our luggage (including all of the equipment we needed to film!) didn't arrive and we had to figure out how to track it all down without being able to communicate clearly. That was the first day, and each subsequent day provided moments of equal stress.

How many shorts have you made and what have you learned along the way that helped when making Molto Bella?

I've honestly lost count of the short films, including high school and college, but I've directed five short films since moving back to Arkansas and I would consider those the equivalent to my grad school in filmmaking. Without making those short films, Molto Bella would not have been possible. Those were marathon training and Molto was the marathon. I'm usually exhausted after a four-day shoot on a short film, because you pour everything into it, but nothing could really prepare me for eighteen days straight. Now I know what I'm getting into when I shoot my next feature in January.

When can we expect a trailer?  What is the ETA for a final film?

I'm hoping to have a trailer early in the new year. Maybe February. And we will submit the film to festivals that start in the Spring of 2020. So I'd imagine people will be able to start seeing it at festivals around the country (with any luck) Spring/Summer of 2020.

People can stay up to date on Facebook and search for Molto Bella film. We've already released a preview of one of Andrea von Kampen's songs for the film (she plays the other lead) and it's pretty awesome. I appreciate people reading about the film and can't wait to share it with the world!