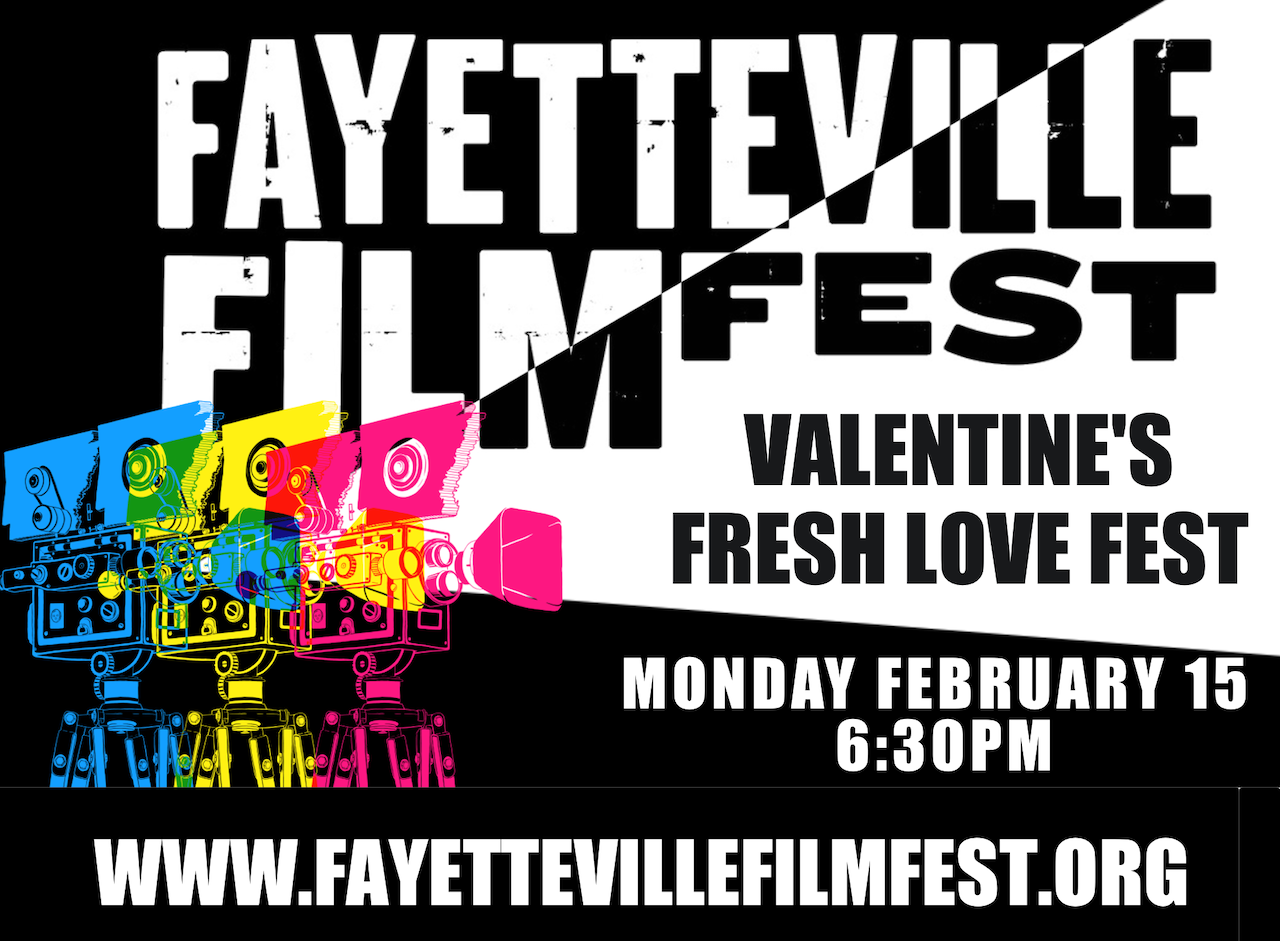 Love is in the air, or online at least, as Fayetteville Film Fest will feature three romantic short films in honor of Valentine's Day on Feb. 15 at 6:30 pm CST. You can register for the virtual screening here. Each short film will be followed by a chat with the filmmaker.

The evening's line up is:

"The Stand In" - Based on true events, "The Stand-In" tells the story of Bryan, a young man whose wedding is turned upside down when his biological mother refuses to attend at the last minute. Written, directed and produced by Yousef Kazemi, of Oklahoma City. Kazemi is known for "Yes, We're Open" (2016), "The Killer Inside Me" (2010) and "Checking Out" (2015).

"Jack and Anna" - Based on true events from the early 1900s, “Jack and Anna” tells the story of a young couple whose happy life on their farm is suddenly shattered when Jack’s biggest secret is revealed: the fact that he is a woman named Helen. After the revelation, Helen is put on trial for cross-dressing and same-sex marriage.
Writer and director, Ksenia Ivanova, is a Chicago-based filmmaker. Originally from Russia, she attended The Russian State University of Cinematography (VGIK) She then pursued her Masters at Columbia College in Chicago. She’s currently working at Questar Entertainment.

"The Wedding Scene" - "The Wedding Scene" is a comedic short film about rewriting and revolting against harmful gender stereotypes. Set behind the scenes of an indie movie during the pivotal wedding scene, the actors get "cold feet" on behalf of their one-dimensional characters and have to figure out a way to speak now... or forever hold their peace. Through a humorous revamp of the "stop the wedding" cliche, our film makes a compelling argument for writing better roles for women and men in film.

The film is a collaboration between Savannah Kopp, writer and producer, and Amy Argyle, producer and lead actress, both of Los Angeles. Kopp is a writer and producer based in Los Angeles. She has written freelance episodes for Disney sitcoms Raven's Home and Bizaardvark. Savannah is a Stanford University graduate with a degree in psychology and creative writing. Argyle is an actress and producer, known for Frank & Lola (2016), Gone (2012) and The Lears (2017).