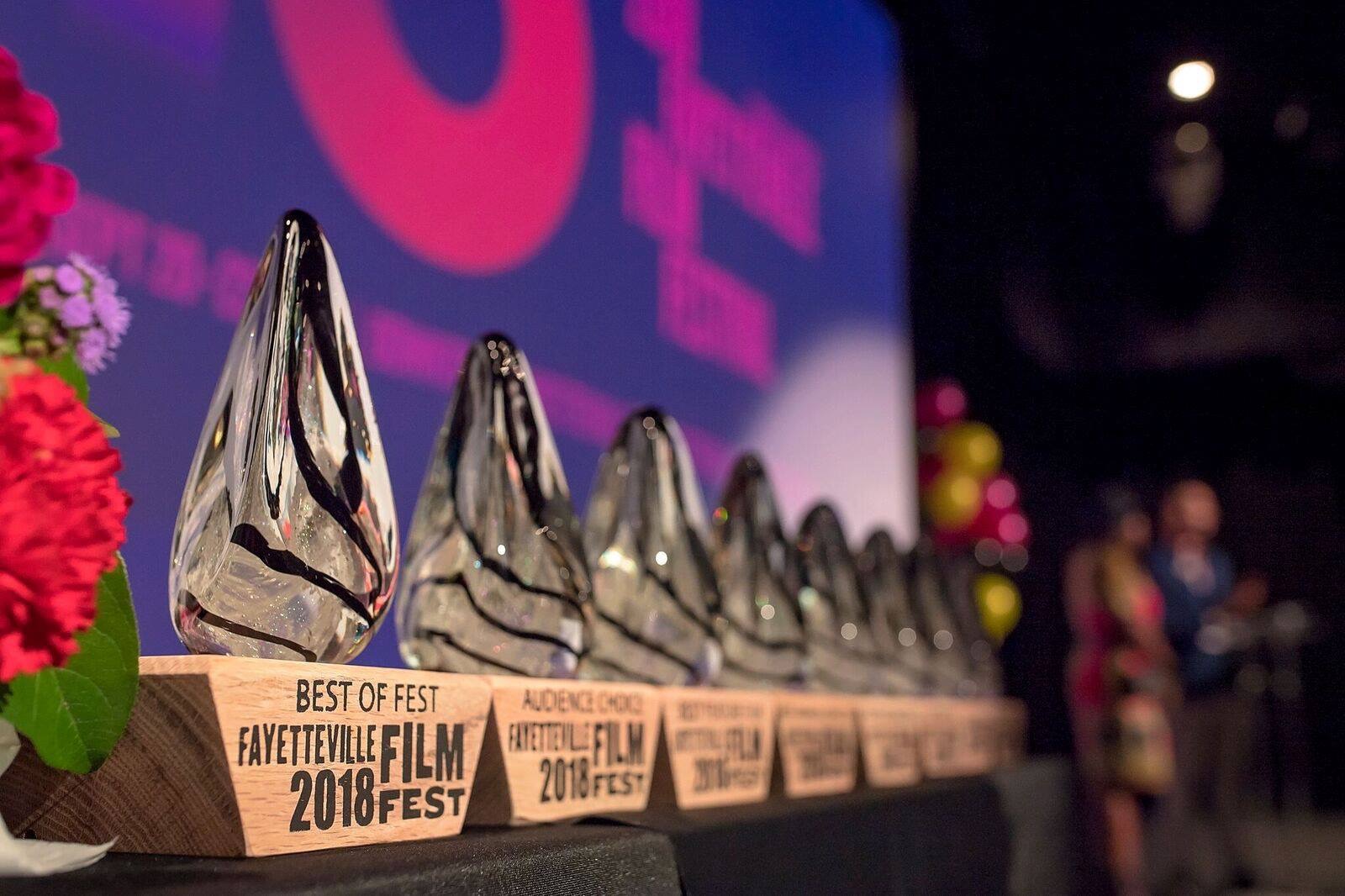 The Fayetteville Film Fest returned for its eleventh year on October 3-5, 2019, taking place at locations around the downtown Fayetteville Square. Festival goers had the opportunity to view a record-setting 79 films, including feature films, documentaries, short films and animated films, over the course of three days. In addition to an impressive lineup of films, the week also featured panel discussions, Q&A sessions with the visiting filmmakers and workshops with industry professionals.

According to Executive Director Morgan Hicks, “The eleventh year of the festival was a wonderful celebration of the art of filmmaking. We had the opportunity to screen some amazing independent films, host filmmakers from all over the world and offer learning opportunities to aspiring filmmakers. It’s exciting and inspiring to see how this community embraces the art form and how much the local industry has grown over the past eleven years!”

To the Stars and Max Winslow and the House of Secrets bookended the festival. To the Stars, which was recently purchased by Samuel Goldwyn Films for North American distribution, kicked things off. Set in 1960s Oklahoma, the film explores a powerful friendship forged between a shy farmer’s daughter and a reckless new girl in town.

Max Winslow and the House of Secrets, a teen driven family sci-fi feature directed by Sean Olson, known for F.R.E.D.I. (2018) and the TV movie The Other Mother (2017), closed the festival. The film tells the story of five teens who square off against a super-computer, which controls the mansion they are competing to win. The mansion is owned by an entrepreneur and scientist named Atticus Virtue.

This year’s fest also featured the second annual Fayetteville Film Prize pitch contest, where finalists were given five minutes to pitch their best film idea to a panel of judges made up of industry professionals with the opportunity to receive feedback in a friendly and constructive environment. Johannah Orwiler won the Fayetteville Film Prize and received a cash prize of $2,000 to make her film. She has 10 months to shoot the film in Northwest Arkansas and the finished product will screen at the 2020 Fayetteville Film Fest.

Marlane Barnes, a SAG-AFTRA actor and producer, helped judge the competition. A University of Arkansas graduate, she recently moved to Little Rock after a decade of working in film and television in Los Angeles and was impressed by how the filmmaking landscape has changed in the state during her time away.

“I was honored that [Hicks] extended an invitation to judge the contest alongside the Rockhill Studio sponsors and fest board members,” Barnes said. “I immediately felt the strength of the film community in NWA. I was most impressed with the amount of resources that many of the filmmakers had already gathered to support their potential projects. I feel certain that in addition to the winning film many of them will get made this year and be in the fest next year. There was a wide variety of content being suggested - comedies, documentary, animation, period pieces and sci fi. A lot of imagination and many projects that would benefit from the backdrop of Arkansas as a shooting location.”

Many films were screened across a variety of categories. Here are the ones that came out on top:

Best of the Experimental and Animation Block 2019: Dipsomaniac

Best International Film 2019: Carry My Heart to the Yellow River

Audience Award 2019: Max Winslow and the House of Secrets

Best of Fest 2019: Max Winslow and the House of Secrets