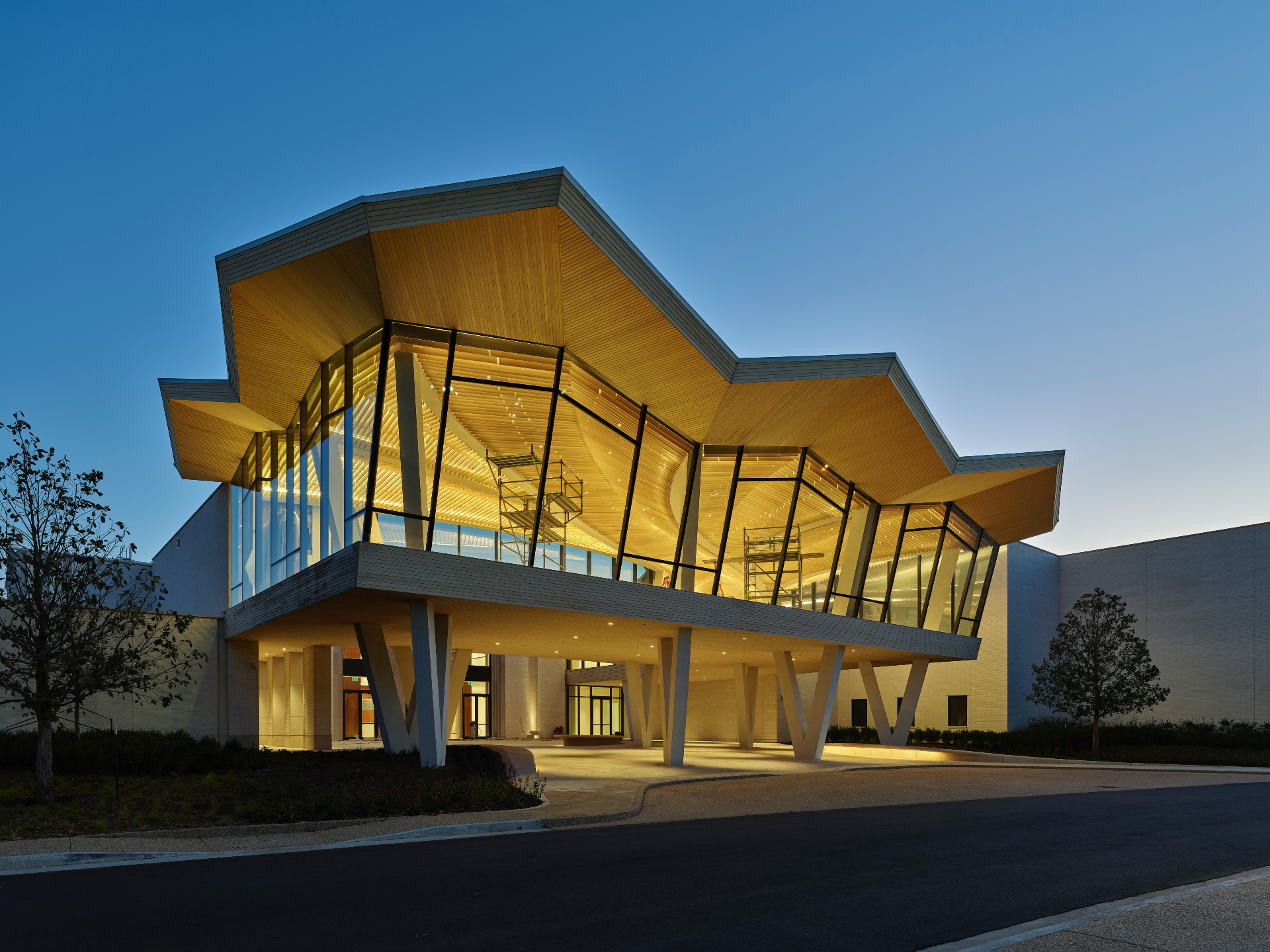 The Arkansas Cinema Society is pleased to announce that Filmland 2023 will be held Oct. 4-8, 2023 at the Arkansas Museum of Fine Arts (AMFA), located at 501 E. Ninth Street in Little Rock. As a recently announced Partner Company-In-Residence, ACS will now have a new home for Filmland and a Central Arkansas hub for annual programming hosted throughout the year. Additional screening and educational programs will continue to occur across the state.

“Having grown up in Little Rock with the museum as the only haven and school for my young creativity, the partnership between the Arkansas Museum of Fine Arts and the Arkansas Cinema Society feels like both the beginning of something beautiful and like coming home,” said the Arkansas Cinema Society’s Executive Director and Co-Founder Kathryn F. Tucker. “The opportunity to showcase  Arkansas talent and filmmakers like Jessica Chastain, Adam Driver, Richard Linklater, and Mary Steenburgen in this state-of-the-art facility, and the ability to screen their work in the best possible light will be such a wonderful honor that will keep master filmmakers coming back to Arkansas again and again. Art is the heart of every thriving community, and we are thrilled to be a part of it — it’s a dream come true.”

ACS will host Filmland–the five-day annual celebration of cinema—at AMFA along with our year-round educational programming and screening series such as the Filmmaking Lab for Teen Girls and the Arkansas Filmmaker Spotlight. Programming details will be announced over the coming months.

Ballet Arkansas has also been announced as a Partner Company-In-Residence when the museum opens on April 22, 2023. On the upcoming residencies, AMFA’s Executive Director Dr. Victoria Ramirez stated, “We celebrate these partnerships and the opportunity to create an unforgettable inaugural year of programming spanning art, theatre, film, dance performances and more. There is so much cultural richness for the community to experience at AMFA.”

The screenings at Filmland will take place in the masterfully renovated Performing Arts Theater at AMFA, a 300+ seat multipurpose venue featuring a brand new, state-of-the-art cinema experience created by Boston Light & Sound®. BLS is a world-class audio & visual house known for their cinema expertise and craftsmanship. They have decades of expertise designing permanent A/V and cinema installations all over the country such as the Austin Paramount Theater; Harvard Art Museum; Walker Art Center, Minneapolis; and Museum of Fine Arts, Boston; along with temporary cinema setups for film festivals such as Sundance, Tribeca, and Telluride and theatrical world premieres of massive hit movies like Avengers: Endgame and Once Upon a Time in Hollywood.

Board President Christina McLarty Arquette added, “Having a top quality cinema here in Arkansas is a necessity and is so exciting for cinephiles and filmmakers alike–AMFA is a beautiful gift to our film community, city, and state.”

Over the last 5  years, Filmland has been honored to host award-winning filmmakers like actors Jessica Chastain, Joel Edgerton, Will Forte, Ted Danson, David Arquette and ACS board member Mary Steenburgen along with directors including Chloé Zhao, Richard Linklater, David Lowery, Neil LaBute, David Gordon Green and Jeff Nichols; and producers such as Evan Hayes, Jayme Lemons, Christina McLarty Arquette, Fred Berger and Brian Kavanaugh-Jones. Filmland has showcased award-winning films such as Nomadland, The Eyes of Tammy Faye and Free Solo from top festivals like Sundance, Telluride, Toronto and Venice before they had a theatrical release in Arkansas. Each screening features a Q+A moderated by Writer/director and ACS Co-founder Jeff Nichols, board members or staff and every night wraps with a party for filmmakers and attendees. Filmland also features selections from Filmland: Arkansas and the short film created each year by our Filmmaking Lab for Teen Girls.

About the Arkansas Museum of Fine Arts

Founded in 1937, the Arkansas Museum of Fine Arts is the largest cultural institution of its kind in the state, offering a unique blend of visual and performing arts experiences. AMFA is committed to featuring diverse media and artistic perspectives within its permanent collection of 14,000 works of art as well as through rotating temporary exhibitions. AMFA’s international collection spans seven centuries, with strengths in works on paper and contemporary craft, and includes notable holdings by artists from Arkansas, the Mid-South region, and across the United States and Europe. With a vibrant mix of ideas, cultures, people, and places, AMFA extends this commitment to diversity through its dynamic children’s theatre and performing arts program, the innovative Windgate Art School, and community-focused educational programs for all ages. Located in Little Rock’s oldest urban green space, MacArthur Park, AMFA’s landmark building and grounds are designed by Studio Gang and SCAPE, in collaboration with Polk Stanley Wilcox Architects.