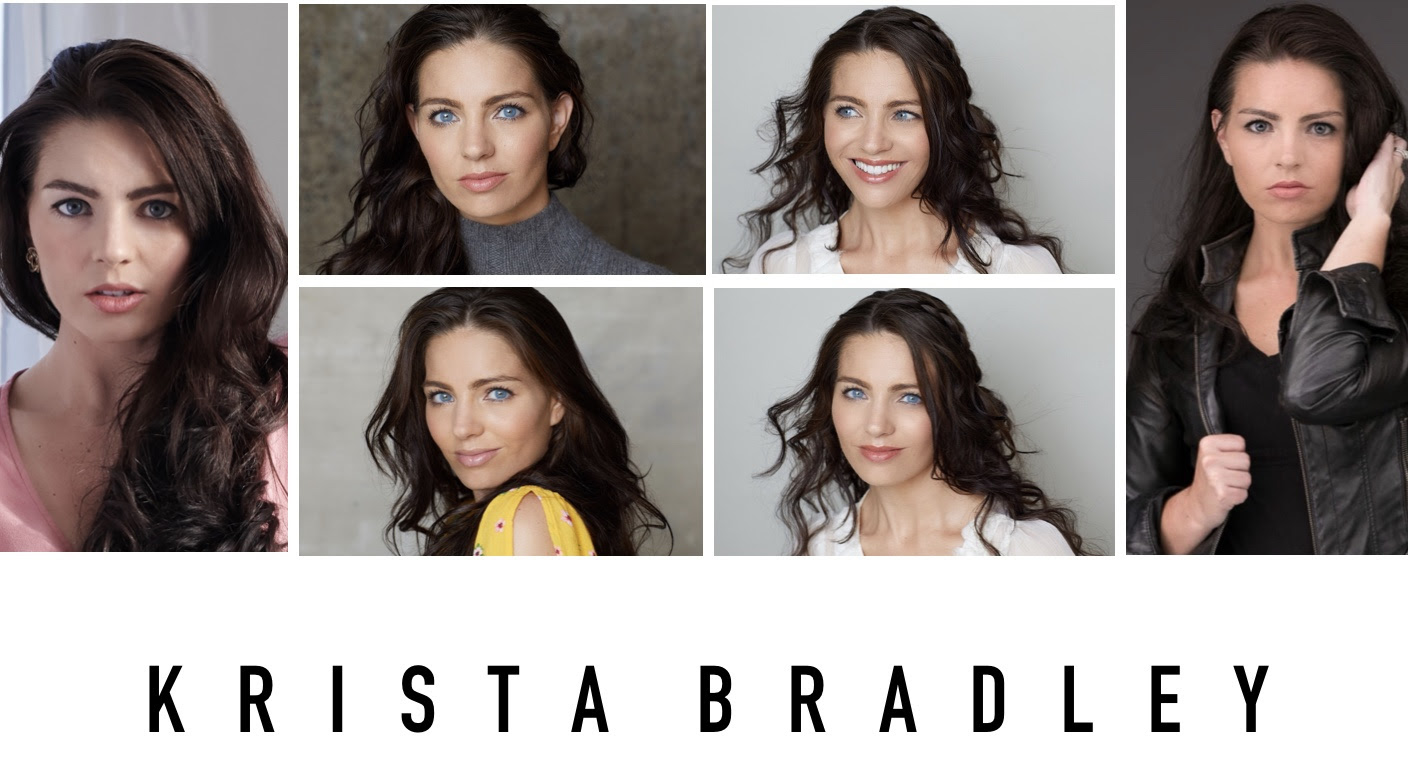 Northwest Arkansas resident Krista Bradley has been making moves over the last few years. After attending college at the University of Arkansas in Fayetteville, she moved to Denver where she quickly booked several commercial spots, including a series of American Finance ads with NFL legend Payton Manning, along with leading roles in independent films and voice over gigs. In 2018, Krista worked as an assistant director, as well as acted in the faith-based film, The Penitent Thief, starring Kevin Sorbo. Arkansan Don Willis wrote and produced the film. Later that year she was cast as rodeo star Carly Rivers in the Netflix film Walk. Ride. Rodeo. In 2020, Krista made her directorial debut with Eighty Two Days, a film she wrote and starred in, followed by the critically acclaimed short film Testify, which she also wrote, directed, and starred in.

Growing up, Krista found herself moving often due to her father’s military career. However, it was the performing arts and modeling that provided her with opportunities and a sense of community. This led to her founding Project: Kids in Action, an organization dedicated to bringing performing arts education and opportunities to children in her community. Krista also owns a production company focused on commercial, film and storytelling.

In November 2021, Krista won the Fayetteville Film Prize, a pitch contest sponsored by the festival and Rockhill Studios. Each contestant submits a three minute video to sell the judges on their story or concept. Krista’s pitch for the short film Wonderland Cave took home the prize. We chatted with her about the film and how she prepped for the pitch.

‍Tell me about your pitch for “Wonderland Cave”?

Krista: I've been working on this film for over a year, so it was actually really hard to only share three minutes worth of information since so much has already gone into the project.The story is truly just so exciting and fast paced - the characters are very raw and real. It's my favorite script I've ever written! It has all the components of a great film; love, risk, betrayal, conflict, conflict, and more conflict with lots of surprises; everytime you think you have the story figured out you're thrown another curve ball. It's a period piece set in 1930's Arkansas and there’s music, which is really the cherry on top that I think will make this film special. We also have a few actors attached. I'll be playing the leading lady, bootlegging Jazz singer, Faye Chambers, while Chuck Mere will portray Faye's love interest (and undercover FBI detective). Don Willis is attached to play the original owner of Wonderland Cave, C.A. Linebarger.

‍Did you practice extensively or had you pitched a lot before?

Krista: I own a production company so I pitch projects weekly. While I can't say I really prepared this particular pitch (I filmed it in one take, completely unscripted and kinda last minute due to filming another project at the time) I feel I have a leg up because my job has given me the tools I need to know how to deliver effective pitches quickly. Also, I am truly just so excited to bring “Wonderland Cave” to the screen! I feel when you're passionate and have really done the work to have a clear vision of where your project is going and what it's capable of, pitching becomes really easy and actually pretty fun. In fact, the hard part is not talking about the project and sharing too much information at once.

What made you decide to enter the contest?

Krista: Two words, one name: Caleb Fanning. Caleb shared the contest on his Facebook page and encouraged me to submit. I connected with Caleb last year when I really started putting “Wonderland Cave” together and “Blood on the Risers” was starting it's majorly successful festival run. The film blew me away and is the reason “Wonderland Cave” was refashioned as a short (it was originally written to be a feature and actually has a full feature length script - a feature film will be completed after we make the short this year).

What made you want to be a filmmaker?

Krista: I've always known I wanted to act, write, direct, and produce. I remember being four years old telling my whole family that I was going to "make movies when I grow up. My grandfather, who I'm really close with, owned a store out in Goshen that rented movies when I was a kid, so growing up I literally had rows and rows and rows of films at my disposal. We'd also get movie posters and memorabilia that I would collect - I just loved it! Having exposure to so many films at such a young age was a blessing and the thing I think planted the "filmmaking seed" in me. One of my favorite things about my grandpa's store was learning how much films mean to the general public. My dad died when I was four - which is why I spent so much time with my grandparents at their store, so even as a very young child I understood movies aren't just a form of entertainment, but are more of an escape or adventure for the audience.

Fun fact - the very first time I ever went to the principal's office was for kissing a boy (his name was Kyle...he was playing Jack) in my own playground adaptation of Titanic in third grade.

How many films have you made?

Krista: Oh, boy. I actually had to go back and count. My IMDB says 16 (I really need to update that), but I have a lot that aren't listed yet. I think I'm at 32 at this point between shorts and features. In regards to commercials and industrials I've done well over 100 different projects since 2018 and a few voice over spots. I (fortunately) stay pretty busy.

What are your plans now that you've won the prize?

Krista: To hop into action and get this film made! I've already started meeting with other producers and investors, as well as adding to the cast and nailing down locations and a shooting schedule. We have a lot of exciting promotional events and will even release some of the original music from the film closer to its release. We plan to film the short in 2022. Afterwards, we'll move forward with the full feature film version.

Krista: As a Fayetteville native it's incredible to see how much the film industry has grown in such a short time! I want to thank the organizers of the Fayetteville Film Fest for supporting local artists and just say way to go Arkansas!!!! We've grown leaps and bounds in a very little time period and the industry continues to grow here. I never thought I would be able to pursue my dreams in my hometown, but it's actually becoming possible and it's an absolute dream to be back home and doing what I love (making films).

For more information on Krista, visit her IMDB page.