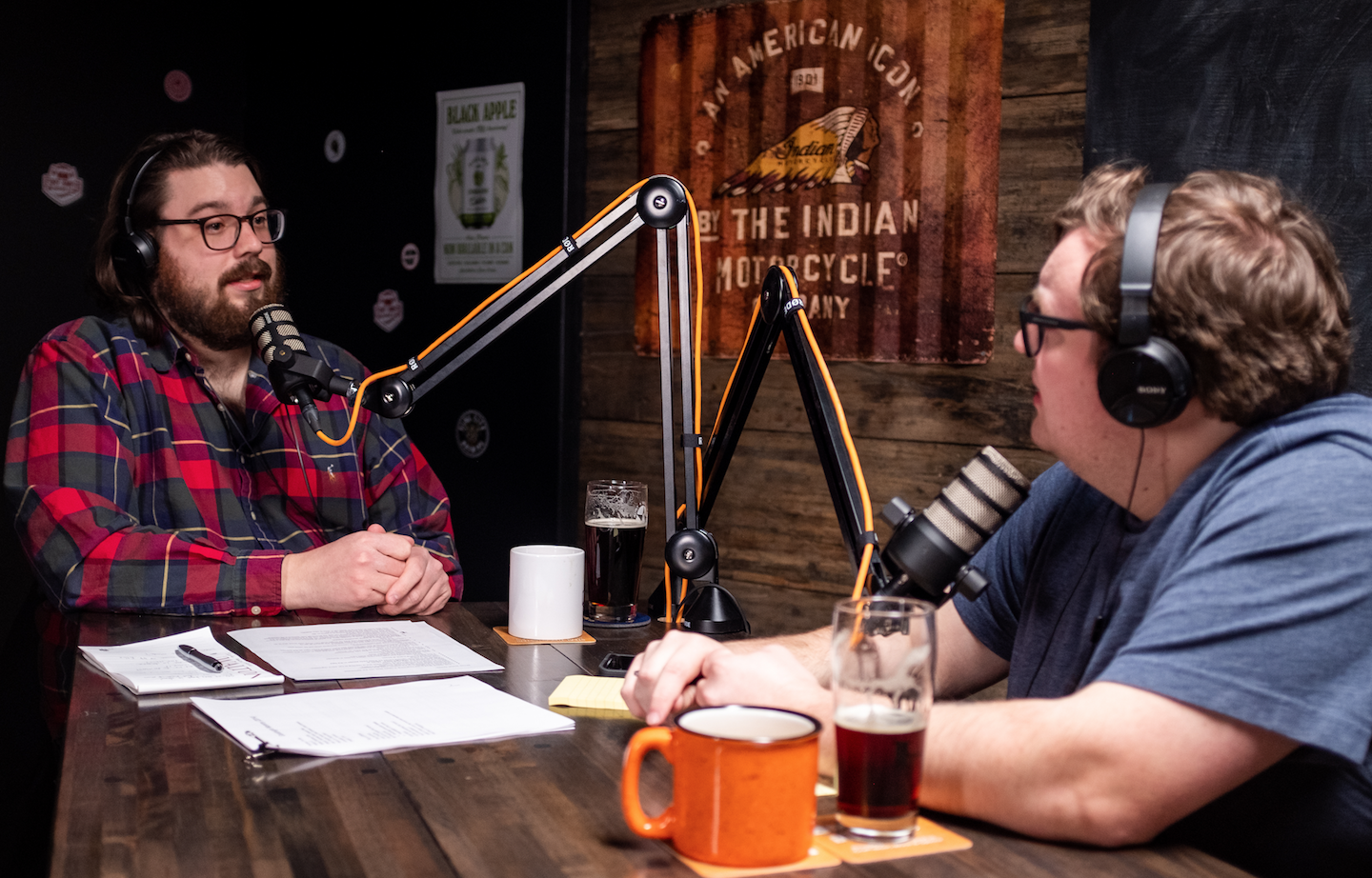 Arkansas based production company, Intercut Productions, is excited to announce their third original content series – Feargenics. The original podcast series takes listeners on a deep dive into the horror movie genre from the eyes of avid fans and genre experts, as well as the horror-adverse viewer. The show’s hosts explore the production stories, history, and cultural impact of horror classics.

“Too often, people turn away from the horror genre because they don’t understand the technical and thematic choices that go into creating these films that keep you on the edge of your seat,” says Zak Heald, owner of Intercut Productions. “We are excited to bring a podcast to the market that makes classic and new-age horror understandable and accessible for all.”

Feargenics is produced by Intercut Productions’ Kelton Jobe and Alex Wiench. Jobe joined the Intercut Productions team in the fall of 2018 as one of the organization’s editors and cinematographers. Wiench joined the team in the fall of 2019 as the Head of Post-Production – leading the post-production process for Intercut’s Fortune 500 client roster, as well as the original content series Northwest Arkansas ALIVE and Beyond The Tap.

“As we sat down to develop our next original content series, we worked to find an untapped market and stay true to the passions of everyone at Intercut. In the past, we have developed content that gave us a strong sense of place in the Heartland with Northwest Arkansas ALIVE and we pressed into our burgeoning entrepreneur scene that is working to put their own Ozark-flavor into the craft beer scene with Beyond The Tap,” commented Wiench. “This new original content series dives into the true entertainment aspect of our industry. We are ready to bring our audience industry insight to the workings of the horror genre, as well as a new level of accessibility and engagement.”

Resident horror aficionado, Kelton Jobe, went on to say, “The horror genre is like spicy food but for movies – every movie is like every bite in the way they leave you writhing in your seat. I am thrilled to dive into cult classics and undiscovered films with my co-host, Alex, as we work to set the stage for all to enjoy the genre.”

Feargenics is the third original series from the production house, and the second podcast. Intercut Productions’ first original series, Northwest Arkansas ALIVE, was nominated for two Emmy’s from the National Academy of Television Arts & Sciences in 2018.

Learn more about Feargenics. Listen to Feargenics here or wherever you enjoy your favorite podcasts.

Intercut Productions is a multi-faceted video production agency located in Bentonville, Arkansas – a Fortune 1 city. The Intercut team produces and delivers video that empowers brands by telling impactful stories through visual campaigns for the world’s leading brands. In the summer of 2017, Intercut Productions launched its original content development sector – grossing two Emmy nominations from the National Academy of Arts & Television Sciences in the summer of 2018.