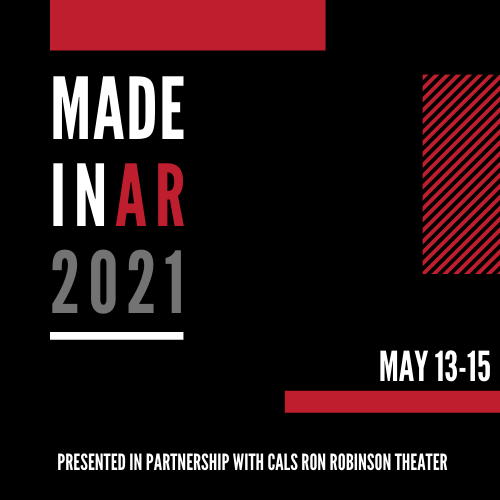 The Made in Arkansas Film Festival returned for the third year on May 13-15, 2021, hosted by the Central Arkansas Library System’s Ron Robinson Theater. The festival’s virtual and interactive platform this year made viewing the best of Arkansas film easily accessible, but also enable live conversation and commentary between filmmakers and film lovers. Leading up to the event, Made in Arkansas and CALS Ron Robinson Theater hosted three retrospective screenings each Saturday beginning on April 24. These virtual screenings featured films, shorts, and documentaries, as well as audience favorites from the 2020 festival’s lineup.
‍

As in previous years, Made in Arkansas screened regional films from filmmakers in neighboring states, but there re additions to the roster for 2021 such as a category for Best Micro-Short for films one to five minutes long.
‍

This years winners were:

Best of Festival: "Blood on the Risers," directed by Caleb Fanning