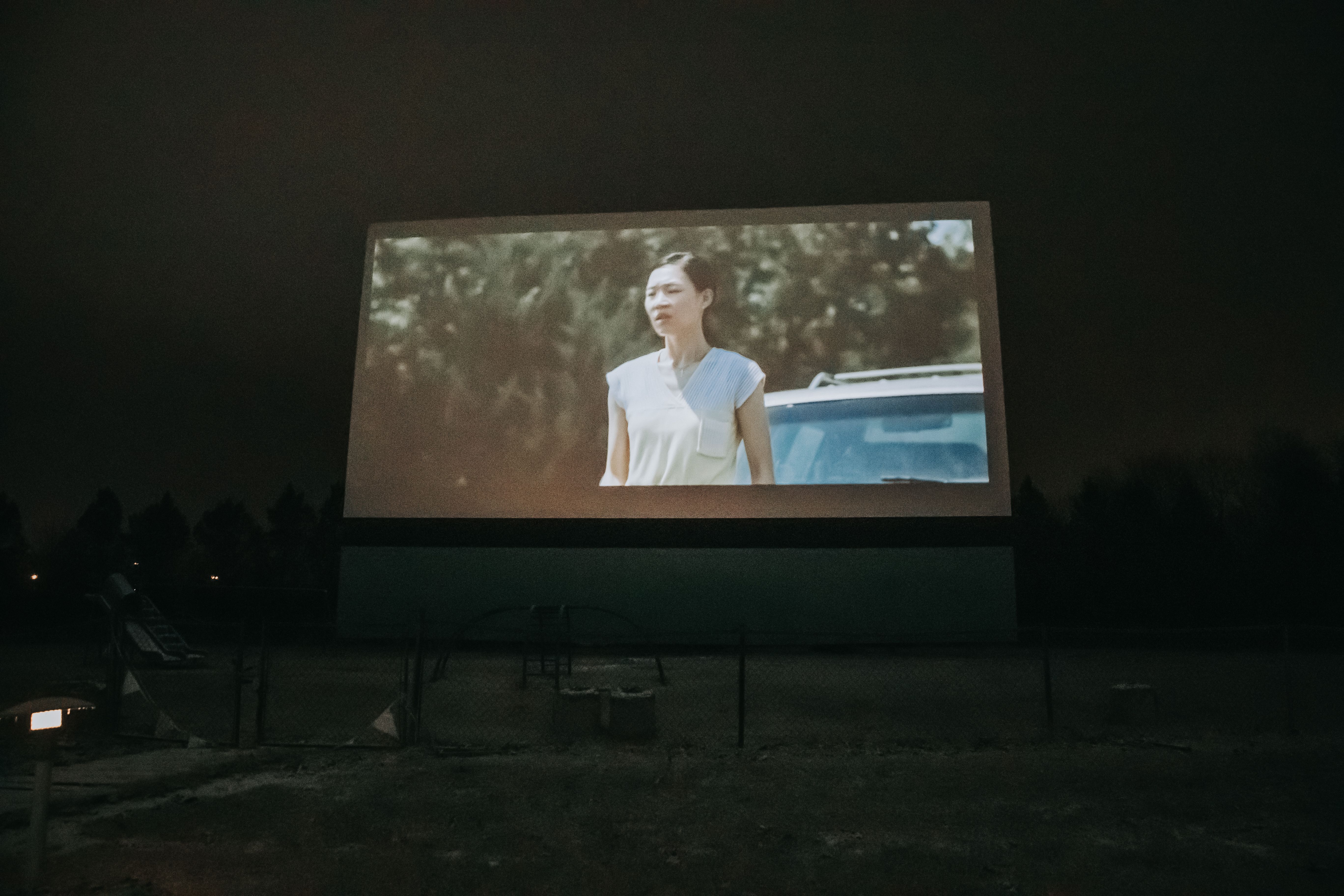 Snow blanketed the parking lot as eager film lovers entered the gate of 112 Drive-in in Fayetteville for the Arkansas premiere of Minari. ACS, in partnership with A24, the Bentonville Film Festival and Fayetteville Film Fest, presented the Sundance 2020 Audience Award-winning film on Thursday, Feb. 11, 2021. The screening was followed by a pre-recorded Q&A with Director Lee Isaac Chung and hosted by Jeff Nichols. The premiere was shown simultaneously online as well.

It was a winter wonderland and nearly 200 cars filled the lot. Friends and family of Chung and star Steven Yeun came out in support as well. Chung grew up in Lincoln, Arkansas, a short drive from Fayetteville. His family moved to the area in search of their own American dream and their story inspired the film. Amidst the challenges of this new life as farmers in the strange and rugged Ozarks, they discover the undeniable resilience of family and what really makes a home. The film stars Yeun, Han Ye-ri, Alan Kim, Noel Kate Cho, Youn Yuh-jung, and Will Patton. Minari is an A24 release. The film can still be viewed virtually online here through Feb. 25, 2021. Many showings are sold out so you will need to book in advance.

Minari both celebrates the state and offers a chance to promote inclusion in storytelling and film, a key facet of ACS's mission. We are grateful for the support of A24 and the work by our partners Bentonville Film Festival and Fayetteville Film Fest. 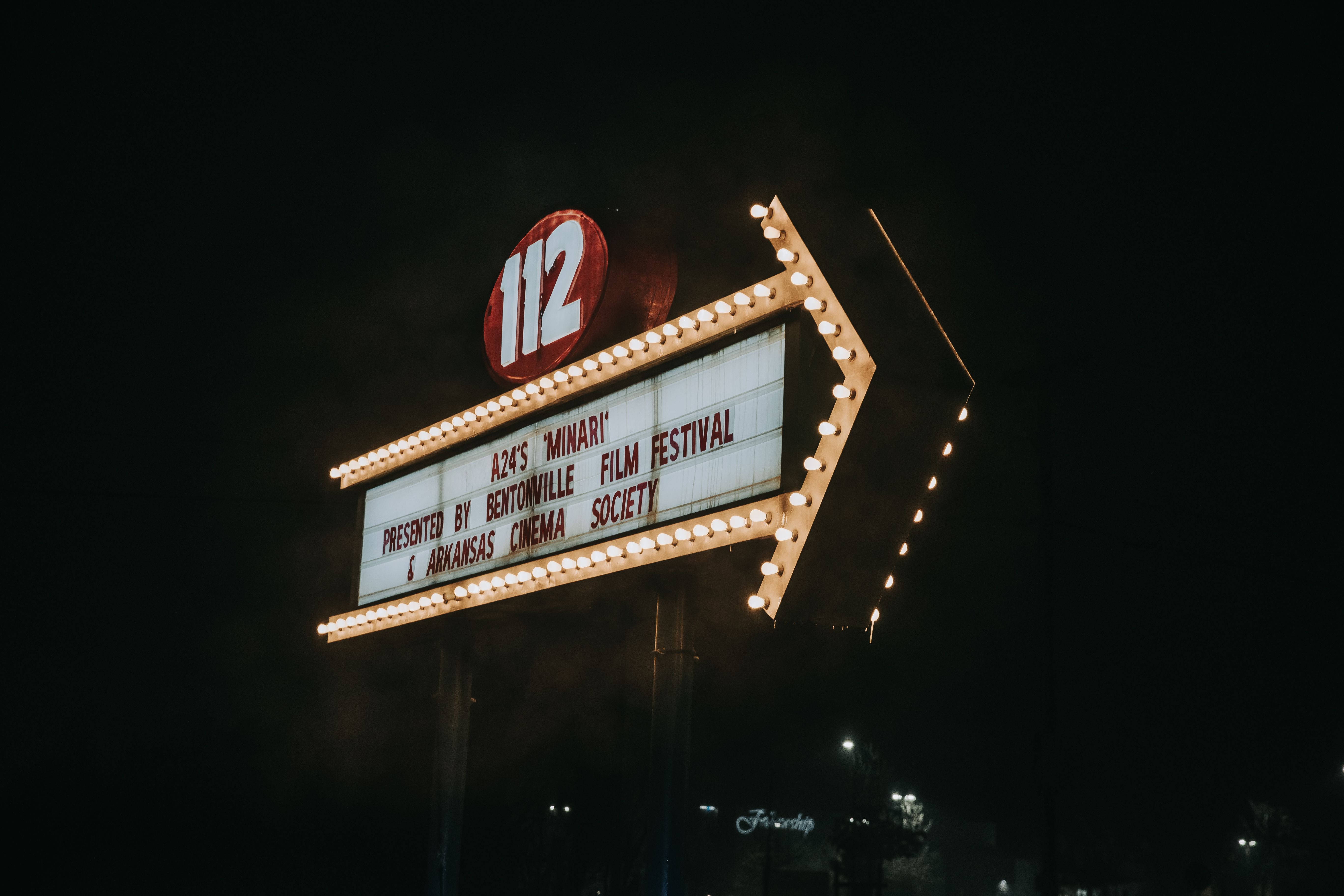 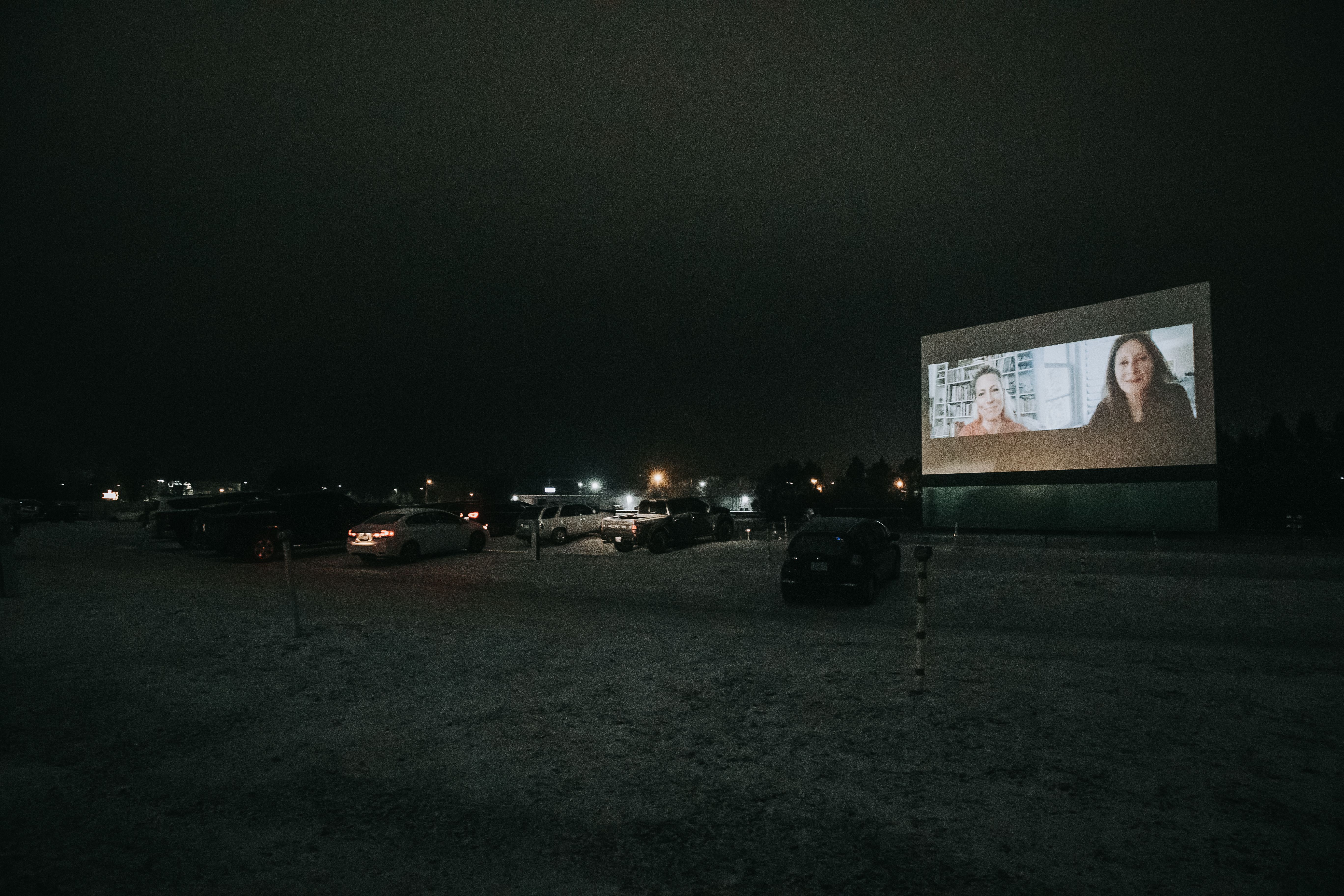 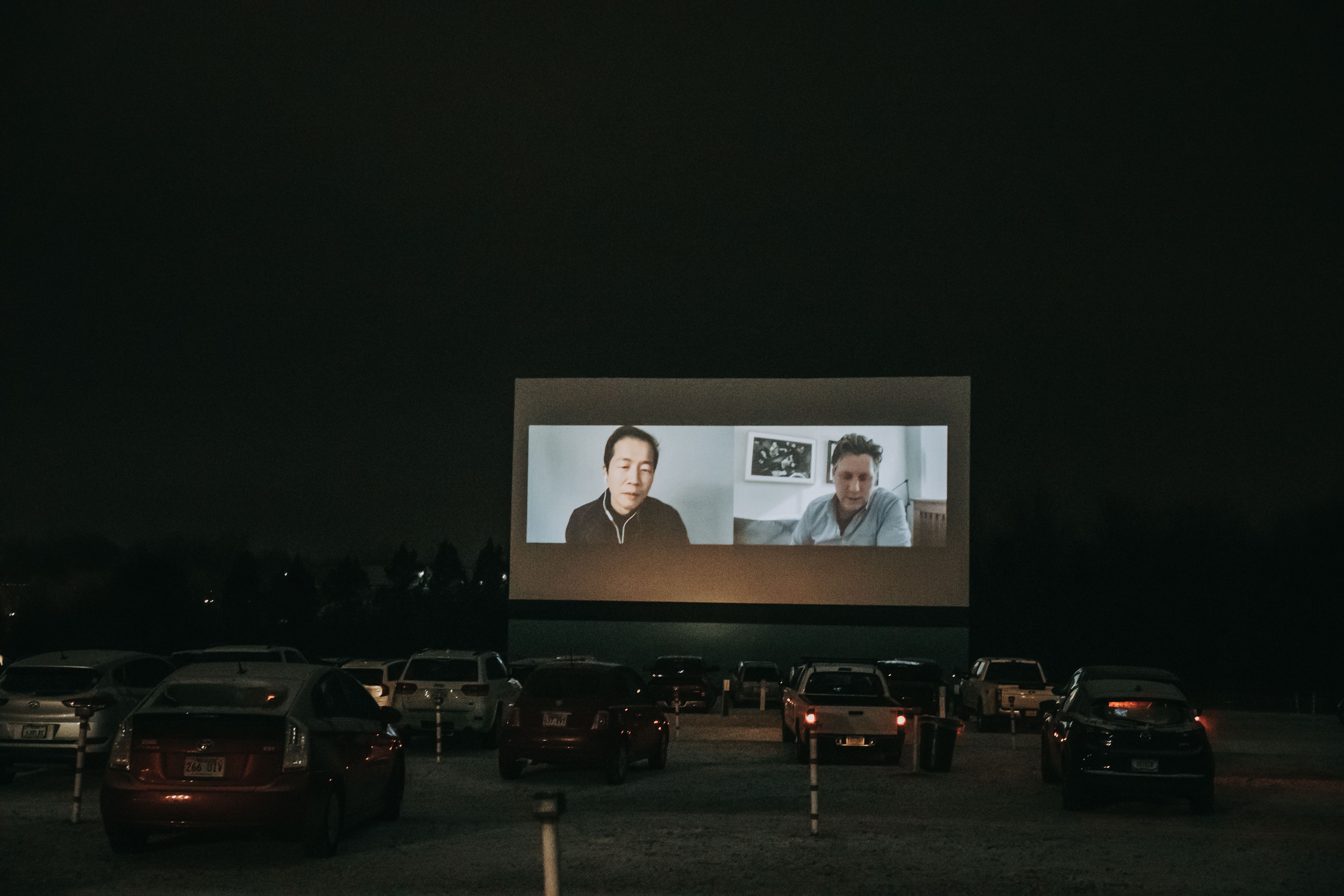 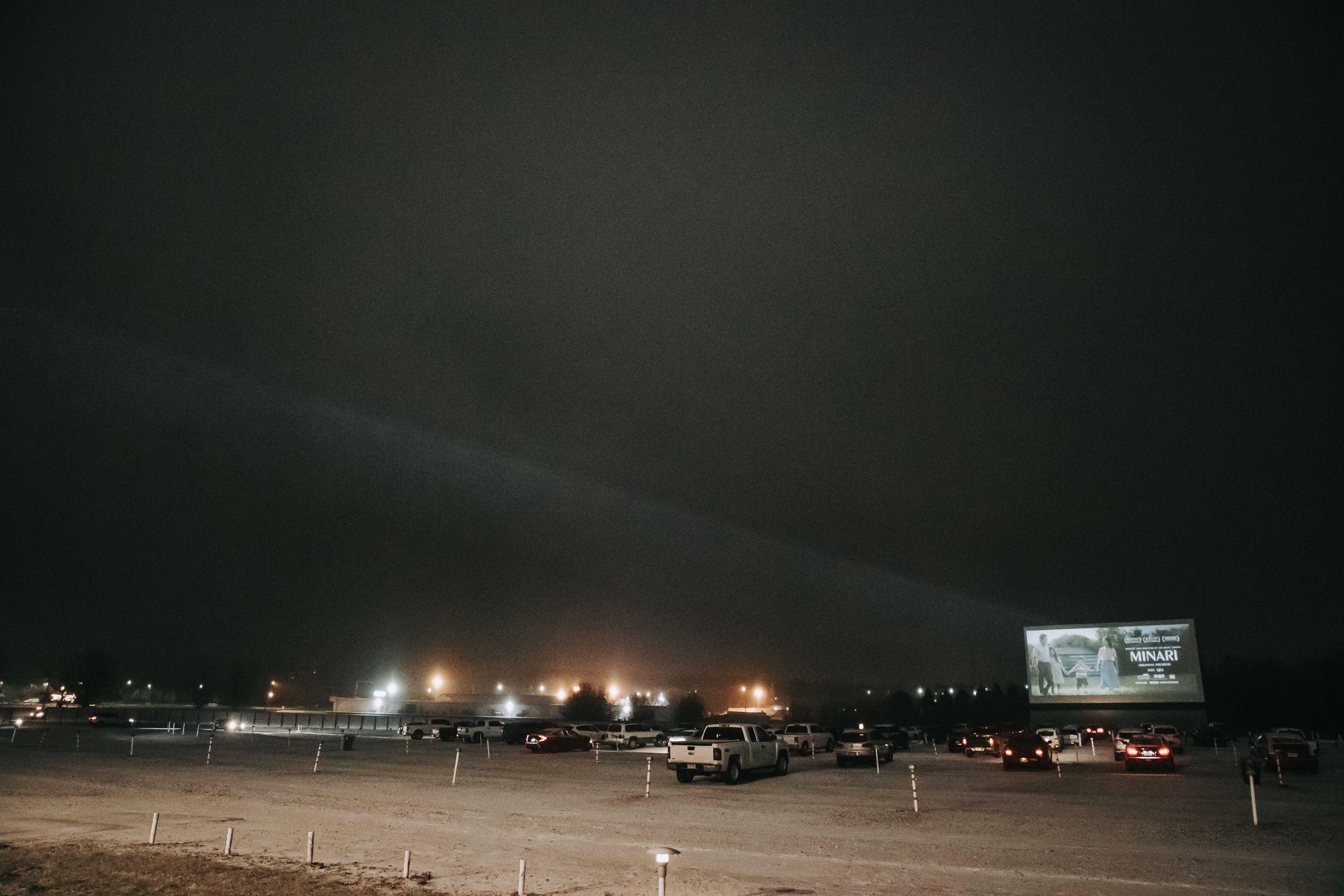 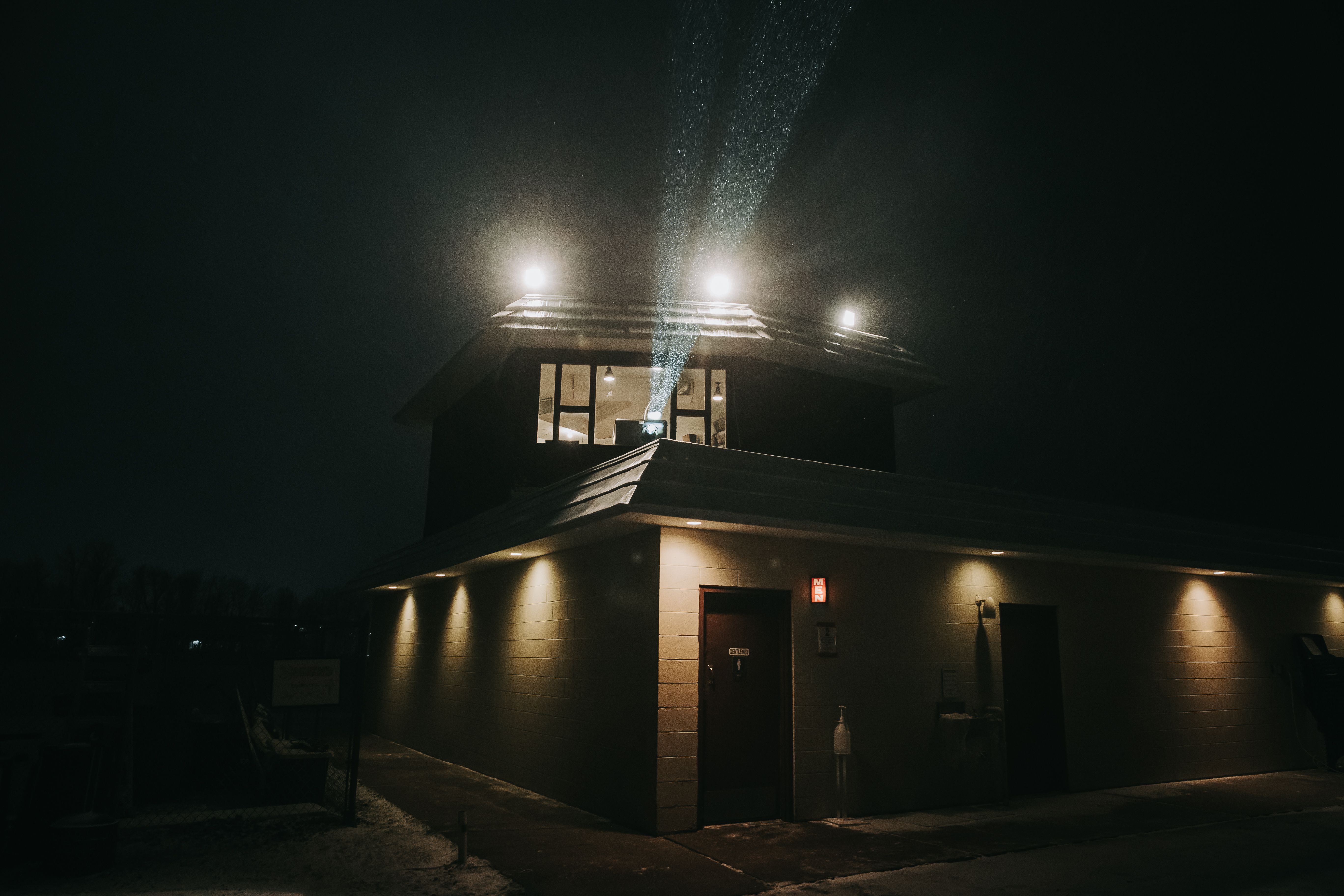