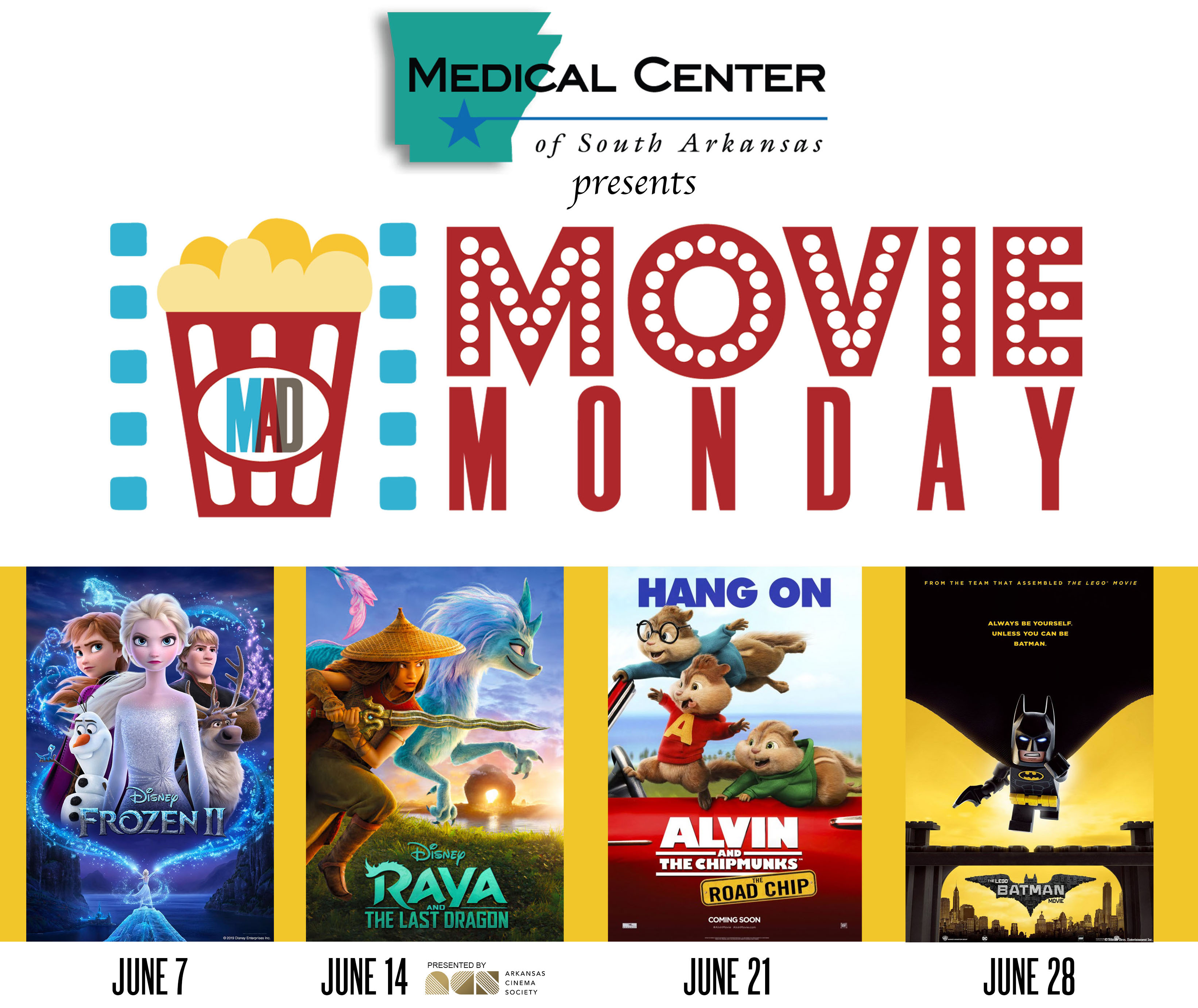 The Murphy Arts District has announced their 2021 MADMovie Monday lineup scheduled for June 7th – August 9th. The event is sponsored by the Medical Center of South Arkansas and is free to the public. Movies will start at sundown at the MAD Amphitheater.

A special presentation will be held the evening of Monday, June 14th as the Arkansas CinemaSociety (ACS) presents “Raya and the Last Dragon,” written by El Dorado native, Qui Nguyen. A Q+A session with Nguyen and El Dorado Film Festival Director Alexander Jeffrey will be aired prior to the movie that evening.

“We are very excited to bring Raya and the Last Dragon to El Dorado and the Murphy Arts District,” said Tucker. “Highlighting Arkansas creatives is a big part of what we do. We are pleased to see an Arkansan like Qui Nguyen go on to do big things and work with Disney on such a fantastic film.”

MAD, a production of El DoradoFestivals & Events, is a 501(c)3 non-profit organization whose mission is to create and sustain an arts and entertainment destination that acts as a catalyst for cultural and educational change for the region. It relies on the generous support of individuals, corporations, and foundations to develop and sustain programs that improve the quality of life in the community and region.

About the Arkansas Cinema Society:

ACS is a non-profit committed to building a film community inArkansas where film lovers can watch films, share ideas, connect with each other, and nurture the new and existing film talent within our state through increased exposure to filmmakers and their art. Memberships are available to purchase for $50 for anyone that loves films or wants to make more of them. With the membership you are not only supporting the mission of the non-profit, but you’ll receive access to educational videos, early access to ticket sales, access to members-only events, movie swag, and more.