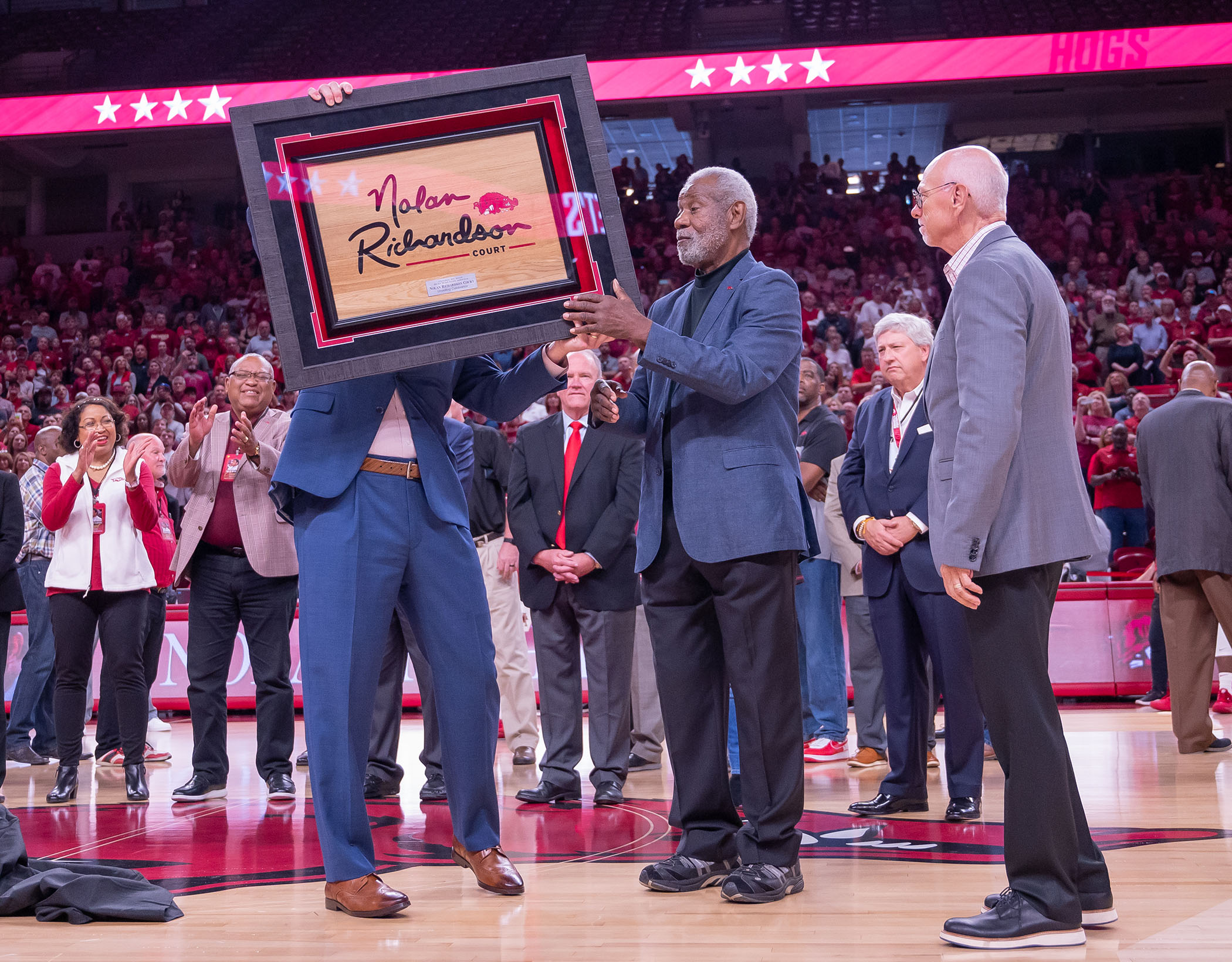 For Arkansans, Nolan Richardson has been a household name for decades. The legendary coach is still spoken of in high regard in a state that rarely holds coaches in such esteem for very long. The court at Bud Walton Arena on the University of Arkansas campus was even recently named for the former coach. Now a group of Arkansans are looking to bring Richardson’s story, both the known and the unknown, to life in a feature film, looking to shoot later in the Spring of 2020.

Fayetteville-based screenwriter and producer Stephen Hintz (Battlecreek, The Forever Tree) is excited to be involved with the project.

“Coach Richardson's story resonates because it's a human-interest story,” Hintz said. “It's an underdog story. It's a pull yourself up by your bootstraps story. He was a tremendous talent and created tremendous talent with his infectious fire for winning.”

Richardson played college ball at Eastern Arizona Junior College in 1959-1960 before transferring to Texas Western College (now the University of El Paso) and played for his last two years under Hall of Fame coach Don Haskins. He coached high school ball in El Paso, Texas, before moving to Western Texas Junior College, winning the National Junior College Championship in 1980. His winning record continued at the University of Tulsa the next season, winning the NIT Championship that year. During his time at Tulsa, he set an NCAA record winning 50 games in his first two seasons. After Eddie Sutton departed the University of Arkansas for Kentucky in 1985, making Richardson the first African American coach in the Southwest Conference. Within three years, Richardson established the Razorbacks as a team to be reckoned with, taking the team to the NCAA Tournament for the 13 of the next 15 seasons. His “40 Minutes of Hell” style of play. His tenure marked many records for the Hogs, most notably winning the National Championship against Duke in 1994.

The film will cover how Richardson’s upbringing and personality lead to his winning streak with the Hogs. Richardson was born in El Paso and his mother died when he was three. He was raised by his grandmother, Rose “Ol’ Mama” Richardson. Hintz credits Ol’ Mama with allowing him to succeed during an era when racism proved a major barrier. “His grandmother gave him permission to be a man at a young age and claim his greatness even in the face of Jim Crow discrimination and rampant institutional racism,” Hintz said. “Her strength gave him strength.”

The project has been in the works for a few years and has received Richardson’s blessing. As for getting this off the ground, Hintz said, “It's been hard, but all films are hard. It's definitely had its twists and turns to just getting this script written, but we haven't seen the hard part yet. Talk to me in a year.”

However, the pre-production process has been rewarding for Hintz as a screenwriter.

“I’m just honored to have had the chance to get to know Coach,” he said. “We've been meeting for a while now for breakfast or lunch and he's really opened up about his life, which has been such a privilege. We're trying to do justice by his well lived life...and basketball and the players he influenced and the cities he's given some joy to. He really did have the nation’s attention for a while and he pushed a lot of conversations forward around basketball, around race, around what he felt was right. He shifted the world a bit.”