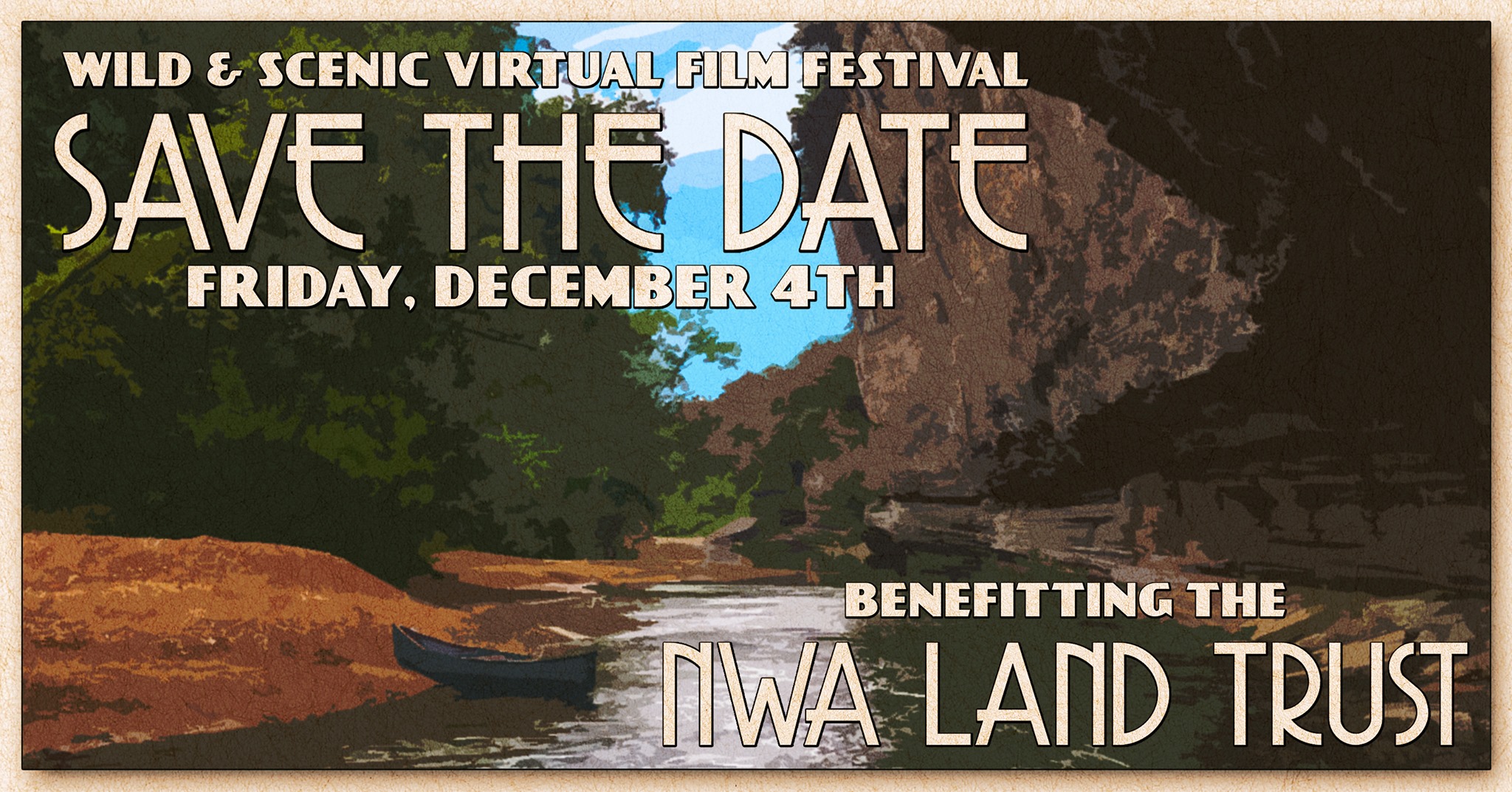 Pack Rat Outdoor Center is planning to bring the great outdoors indoors with the Wild & Scenic Film Festival on Friday, December 4. The virtual festival features films, guest speakers and an auction. The lobby opens at 6:30 p.m. so viewers can check out auction items and the show starts at 7 p.m. Admission is $10 and grants the viewer access to the slate of films. Tickets available here. The event benefits the NWA Land Trust.

The Wild & Scenic Film Festival curates an "On Tour" selection of films that were featured at the flagship festival in California.  Libby Young, event coordinator for Pack Rat,  personally selects film from this roster for the local event.  She looks for those that would resonate most with an Arkansas audience based upon location, film quality or pressing issues and educational content. The selected films cover topics like environmental activism, conservation, adventure/exploration, local farming, invasive species education, responsible hunting, waste reduction, coral restoration and more.

This year’s slate of films is: Detroit Hives, Daniel, Sniper, There's Something in the Water, Who's Your Farmer?, The Doe Harvest, Mi Mama, See Animals,  (Re)Connecting Wild, Herd Impact, and Spawning Hope. For the second year, Pack Rat held a local film contest. This year's winner is Alex Gorski’s "The Doe Harvest", which will premiere at the virtual event. According to Young, Gorski will receive many great prizes from Bedford Camera & Video, Modus Studio and other outdoor brands.

Three years ago, Pack Rat Outdoor Center partnered with South Yuba River Citizens League, the California nonprofit that owns the Wild & Scenic Film Festival, to bring inspiring and educational films about nature to Arkansas. Young said, “We are after all, the natural state. And what better way to learn, connect, and start important conversations about our much loved green spaces than through the medium of film.”

Pack Rat’s hosted events benefit local nonprofits and for this year and next, they have chosen to work with the NWA Land Trust (NWALT).

Now in its 17th year, NWALT is the region’s first local and accredited land trust, dedicated to enhancing quality of life through the permanent protection of land. By holding and managing land and providing conservation easement services, the land trust protects water quality, local farms, wildlife habitat, and places for outdoor recreation while enhancing quality of life for today and future generations. The service area of the land trust includes 13 counties in Northwest Arkansas, with a core focus on Benton and Washington counties.

Pack Rat and NWALT are currently working on the 2021 festival, which will hopefully be an in-person event.

If you are unable to attend on December 4, the Wild & Scenic Film Festival films and speakers can be viewed until December 9, but the live auction is only valid during the event.