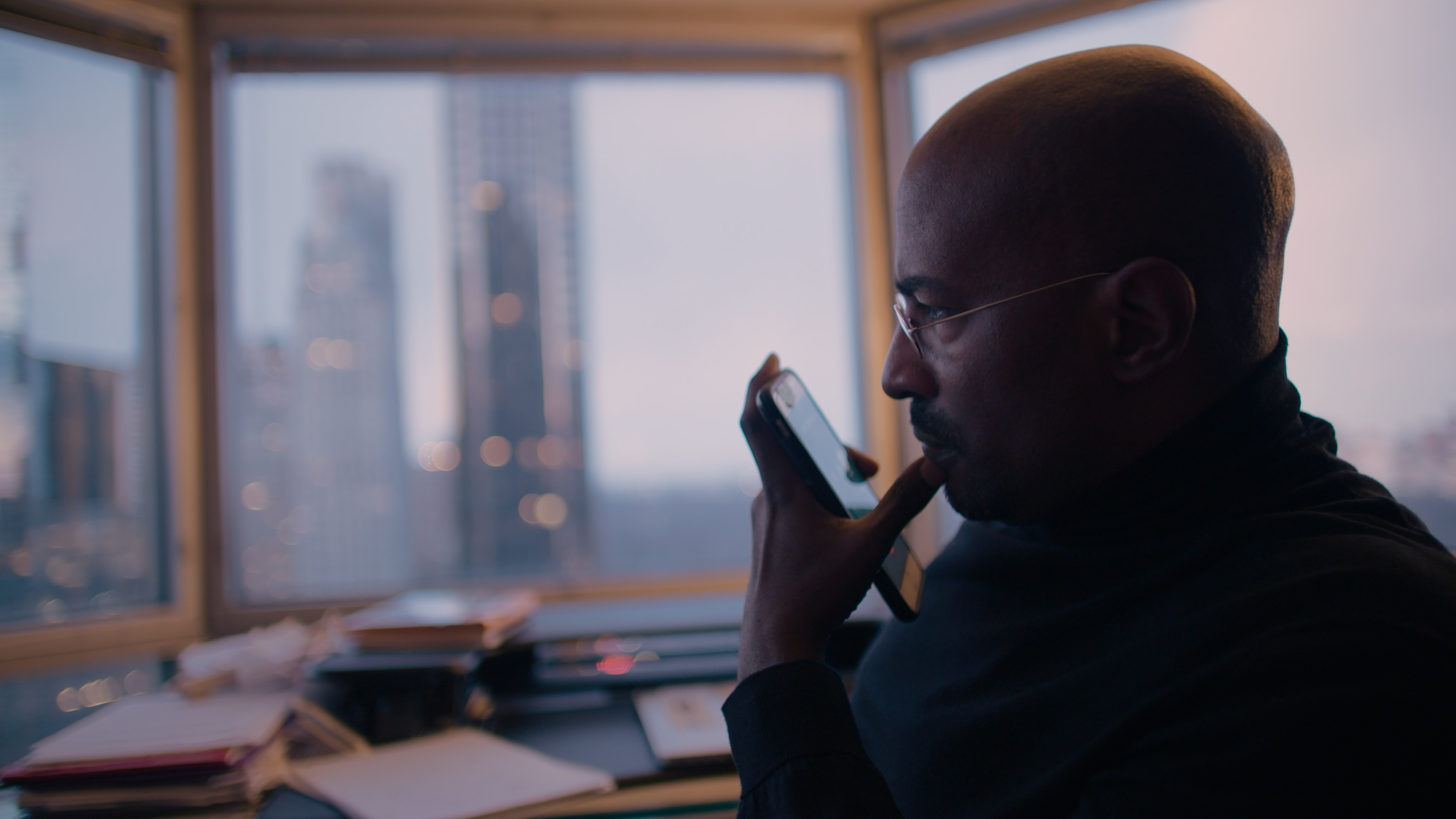 The First Step, an award-winning new documentary on Van Jones’ prison reform efforts, will have three screenings in July presented by Dream Corps Justice in partnership with Arkansas Cinema Society and sponsored by the Rahman Family Fund.

A public viewing will take place on July 8, 2022, at 6 p.m. in the CALS Ron Robinson Theater, located at 100 River Market Ave. All films will be followed by a panel discussion led by Dr. Johanna Rahman, featuring Campaign Coordinator Dream Corps Justice and Executive Director of F.E.L.O.N. Ruby Welch, RestoreHER President Pamela Winn, Mississippi Center for Reentry Executive Director Cynetra Freeman, Producer Lance Kramer, and Executive Producers Christina & David Arquette. Tickets for the public screening are $12 and can be purchased here. An afterparty will be hosted by Sonny Williams across the street from the theater following the event.

The screenings on July 7 and 9 will take place at the Pulaski County Men’s and Women’s Detention Centers, as part of Dream Corps Justice’s collaboration with the filmmakers to screen the film for people directly impacted by the criminal justice system.

“We are so quick to shout out catchy phrases and statements and I say if America has been in a ‘War on Drugs’ for the past 50 years, this should be the year that we conquer and win,” said Welch. “Changing drug policy, reducing harsh sentencing and prioritizing rehabilitation is redemption for not only offenders but society benefits as well. Healing is a two-way street, one administers and the other receives. Without Criminal Justice Reform, America cannot speak about ‘a land of the free and a home of the brave.’”  ‍

Rahman is a strong believer in criminal justice reform. She said, “As the owners of Harvest Cannabis Dispensary, it has been an honor to participate in the healing of so many Arkansans through the use of medical marijuana. But with this privilege also comes the moral imperative to help heal those harmed by ill-conceived drug laws and an inherently racist, unjust criminal system. It is our hope that, through our partnership with ACS and Dream Corps, we will advance the nationwide movement, starting right here in Arkansas, towards a more just system for all.”

The First Step is a compelling and nuanced film about what it takes to reach across divides in these polarized times. The film premiered at the Tribeca Film Festival in 2021 and has been an official selection in more than 30 festivals nationwide. The film follows progressive advocate Van Jones and an unlikely coalition of advocates, as they controversially cross party lines to win bipartisan support for criminal justice reform and a more humane response to the addiction crisis during the divisiveness of the Trump administration. The film documents a unique story about progressives and conservatives attempting to overcome their differences on issues that impact both groups. The First Step recounts a narrative rarely seen on film about everyday people in both political parties drawn together into a historic fight for freedom and justice in a divided nation.

“I've been inspired to witness how advocates nationwide - in Tennessee, Mississippi, Florida, Ohio, and leaders like Ruby Welch in Arkansas - are using the film to advance new criminal justice reforms in their states and at the federal level with the bipartisan EQUAL Act,” said producer Lance Kramer. “The First Step shows that even amidst deep divisions, people can still come together to fight for freedom and justice.”

About Ruby Welch
Ruby Welch is a motivational speaker, criminal and restorative justice advocate and Founder of F.E.L.O.N (Formerly Incarcerated Empowered Leaders  Overcoming Negative Stigmas). After experiencing first-hand the harmful effects of serving seven years in the Arkansas Department of Correction, Ruby vowed to educate her community about  the disparities of incarceration and its lasting effects on individuals. Ruby currently is employed with Dream Corps Justice as a Campaign Coordinator. She was previously employed with UAMS as a Community Health Coordinator where she educated detainees at the Pulaski County Detention Center on various  health risks and concerns.

About Cynetra Freeman
As a formerly incarcerated woman, Cynetra Freeman, Founded the Mississippi Center for Re-Entry (MS Reentry), in April of 2017 because she saw the limited resources offered to justice-involved individuals in the State of Mississippi. She is on a mission to build safer communities and improve the quality of life of justice involved individuals through successful reintegration, reentry services and reform advocacy. Her passion is to provide second chances to those who desire one with the hopes of reducing Mississippi’s high recidivism and mass incarceration rates.

About Pamela Winn
Pamela Winn is an activist from Atlanta, who studied Biology at Spelman College, obtained three post-secondary degrees in Nursing, and worked more than 10 years as a Registered Nurse specializing in Women’s Health prior to serving a 78-month federal sentence for a white-collar crime while pregnant. Known as "The Face of Dignity For Incarcerated Women", Winn is a national leader in anti-shackling legislation. Informing policy throughout the south and passing legislation in more than 20 states throughout the country, WInn founded RestoreHER US.America. RestoreHER is a core movement partner of the Southern Black Girls and Women Consortium and the National Network for Justice (NNJ). Winn is also co-founder and board member of both the Formerly Incarcerated College Graduates Network (FICGN) and GA Chapter of Higher Education In Prison (GACHEP). Winn is the Board Vice President with the Association for Justice-Involved Females and Organizations (AJF0). Winn is a US Department of Justice, Office of Justice Programs, Peer Reviewer. She has provided written and oral testimony for the U.S. Commission on Civil Rights Briefing: Women In Prison: Seeking Justice Behind Bars. Pamela was invited to the White House for the first Prison Reform Summit and the Criminal Justice Reform Summit where she spoke on Women’s Issues. She consulted on the federal legislation, Pregnant Women In Custody Act, and provided language for pregnant women in federal prison, which was instrumental in the historical passage of HR5682, First Step Act.

About Producer Lance Kramer
Lance Kramer is a DC-based filmmaker and co-founder of Meridian Hill Pictures. Lance produced The First Step (Tribeca, AFI DOCS); City of Trees (Full Frame, PBS, Netflix); and the Webby Award-winning documentary series The Messy Truth. Lance was selected to the 2018 Sundance Creative Producers Summit and 2017 Impact Partners Documentary Producers Fellowship. Lance was awarded three Individual Arts Fellowships by the DC Commission on the Arts and Humanities between 2014-2020. In 2014, Lance received the DC Mayor’s Arts Award, the highest honor given to working artists in the city. Lance has served two terms as Board Member of Docs in Progress, and has been an active member of the Documentary Producers Alliance (DPA) since 2016. Lance holds a bachelor’s degree in history and film from Dartmouth College.

About Dr. Johanna Rahman
Dr. Johanna E. Rahman is a physician epidemiologist based out of New York and Arkansas and the Medical, Social Impact, and Creative Director(s) for Harvest Cannabis Dispensary of Conway, Arkansas.

About Dream Corps
Dream Corps closes prison doors and opens doors of opportunity. We bring people together across racial, social, and partisan lines to create a future with freedom and dignity for all.

About RestoreHER
RestoreHER.US America addresses the social determinants of criminalization and intersectionality of social inequities through education, leadership, and policy change to protect the dignity, reproductive justice, and restore the rights of all women directly impacted by incarceration, convictions, and/or trauma. Their mission is to enhance the lives of directly impacted women and work in partnership with those women to end the vicious cycle that leads to mass incarceration for women of color and prison birth in the south.

The Rahman Family Fund is an Arkansas-based philanthropic organization actively engaged in leveraging the resources of the cannabis industry to positively impact a wide array of social inequity and injustice issues at the state and national levels.