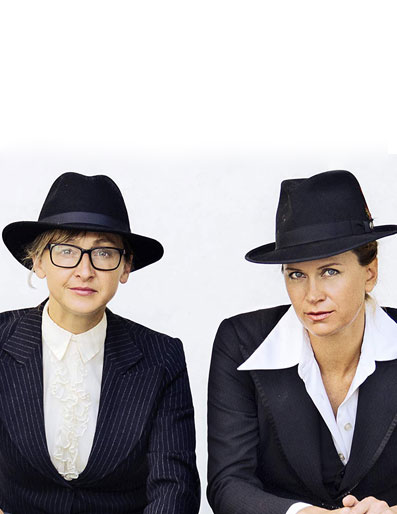 Bert&Bertie joined forces in 2005 to write and direct.  Their narrative work is award winning in both the dramatic and comedic genres having earned them awards at many festivals including Palm Springs, Rhode Island and LA. They have also been short-listed for the Academy Awards. Their commercial work for Sony, Microsoft, the United Nations, BBC and CH4 spans every medium from live-action to animation. This wealth of creative experience allows them to put story first. They were recently selected as Fellows of the Fox Studios Directors Initiative. Now they work between London and LA.

BERT is South African born and travelled to the UK in the world of fashion and photography. In London she moved into film and worked extensively in commercials as a producer before becoming an indie filmmaker. In 2006 she won a short film BAFTA for Antonio’s Breakfast. Bertie hails from the UK and trained as a dancer before she started writing. She worked at PlayStation as a writer and narrative director of video games for eight years crafting cinematic narratives with performance-capture. Her first game, The Getaway, was nominated for a BAFTA.