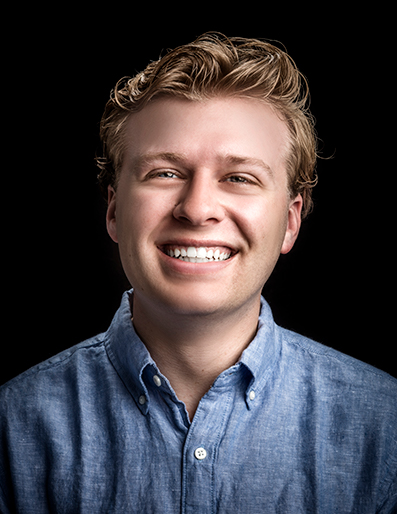 Cade Bethea is a graduate of Texas Christian University where he received his Bachelors of Science in Strategic Communications with emphasis in PR, Film, TV and Digital Media. Cade is a freelance writer and social media guru, based in Arkansas. He is the host of his own pop-culture podcast, Saturation, the creator of the popular lifestyle brand and blog, Southern and Thankful, has his own Youtube channel, and occasionally plays the role of influencer on popular social apps like TikTok and Instagram. Most recently, in May 2020, he painted a mural in downtown Stuttgart, Arkansas, his hometown. This particular mural is in honor of May being Mental Health Awareness Month and shared the simple message of “Be A Light”. Shortly after that, he was commissioned by the City of Little Rock and the Downtown Little Rock Partnership to create a new mural in the heart of our state’s capitol. You can find his latest project, in honor of suicide prevention, located on the North Wall of the Tech Park (417 Main St Little Rock, AR  72201) on Main Street in Downtown Little Rock. This unique passion for the arts, coupled with mental health, makes him a bright light indeed. As the Social Media Manager for ACS, Cade is responsible for any content you see posted on our various channels, including: Facebook, Instagram, Twitter, Youtube and TikTok. He knows the importance and reach social media has. Not only is that reach more important than ever, but for something as specific as film in Arkansas, it is crucial. The Arkansas Film industry is growing each day and Cade knowns a large part of his job is to make sure people understand just that: we are growing! His posts are creative, his positivity is present and his passion is contagious. Make sure you follow along… You don’t want to miss a minute of what ACS is doing on and offline!