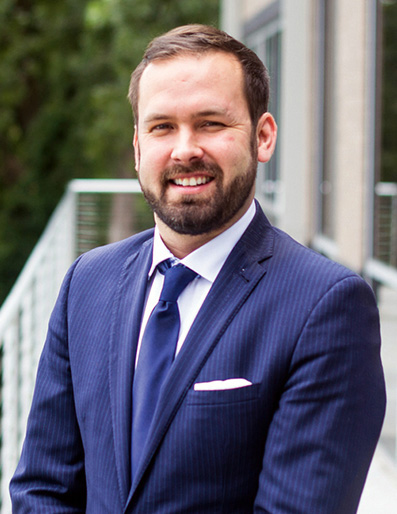 Jack pursued a dual Political Science and Theater degree from Lyon College and after a stent of film work in Los Angeles, Jack returned to Arkansas where he pursued a law degree and a Masters of Public Service from the Clinton School of Public Service. Jack Lofton is an attorney at the Johnson Firm and he devotes his practice to complex medical device and pharmaceutical litigation, mass torts, and personal injury actions. When not lawyering, Lofton develops film projects.

He served as an executive director of a film festival throughout law school, and is now a Board Member of the Arkansas Cinema Society and Filmland Consultant. Jack was a producer of the HBO documentary “All About Ann,” and received a stunts credit for his work in the Johnny Cash biopic “Walk the Line.” In addition to consumer rights, film continues to be one of Jack’s passions and he is currently producing a documentary about the world famous barbecue restaurant The Rendezvous (“The ‘Vous”) and a film about trial attorneys, Kings of Tort.