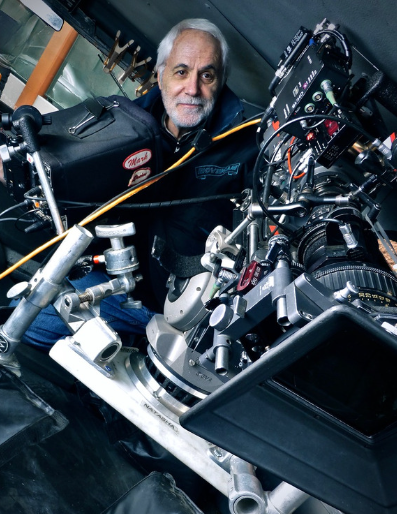 Mark Irwin was born in Toronto in 1950 and graduated from York University in 1973 with a Bachelor of Fine Art in Film. He began in the film business shooting documentaries for the NFB and the CBC as well as freelance TV productions and low budget features.

His break came when he was given the opportunity to work with David Cronenberg on Fast Company in 1978. This led to a run of five more films with David that included Scanners, The Dead Zone and The Fly.

He moved to Los Angeles in 1987 and worked on a wide range of films—from Robocop 2 to Scream to Old School and There’s Something About Mary—with directors like Gil Cates, Wes Craven, Todd Phillips and the Farrelley Bros. He shot The Layover for director William H. Macy in Vancouver, The Retirement Plan with Nick Cage in Grand Cayman, Junglee in Mumbai and Chiang Mai and a number of AirBud/Netflix series in Victoria BC.

He has won Best Cinematography awards for The Fly, Youngblood, The Dead Zone and Videodrome. He has shot films in Italy, China, Malaysia, Thailand and all over Canada and the United States. His IMDB credit list is 175 titles, not counting all of the documentaries shot in Canada.