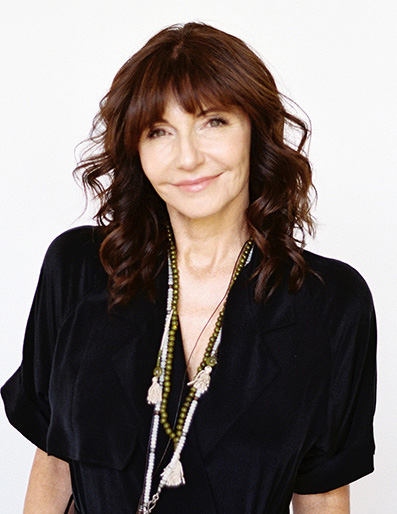 Mary Steenburgen is an Academy Award-winning American actress. Steenburgen is also a notable patron of arts and an active supporter of humanitarian causes such as Oceana. Mary is a board member of the Arkansas Cinema Society.

She won the Academy Award for Best Supporting Actress and Golden Globe Award for Best Supporting Actress for playing the role of Lynda Dummar in “Melvin and Howard.” Steenburgen, who studied at New York's Neighborhood Playhouse in the 1970s, also received a Golden Globe nomination for the 1981 film “Ragtime,” a BAFTA TV Award nomination for the 1985 miniseries “Tender is the Night” and an Emmy Award nomination for the 1988 TV film “The Attic: The Hiding of Anne Frank.” Her other film appearances include “Cross Creek,” “Parenthood,” “Back to the Future Part III,” “Philadelphia,” “What's Eating Gilbert Grape,” “Elf,” “The Brave One,” “Step Brothers,” “The Proposal,” and “The Help.”