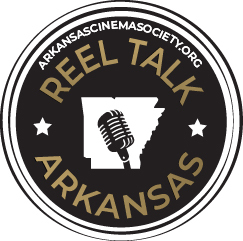 Arkansas Cinema Society is proud to launch our new podcast—Reel Talk Arkansas. We will feature in-depth discussions with filmmakers and creatives from around the state to discuss their craft and the state of the arts in Arkansas and the South. The monthly episodes will feature studios, arts organizations and creatives talking about trade craft, resources, events, and how to produce a film in Arkansas and the region.

Reel Talk Arkansas is presented by the Arkansas Cinema Society and produced by Christian Leus and Kody Ford, with theme music by Amos Cochran.

LISTEN TO OUR DEBUT EPISODE HERE.